Scientists have compiled a map of possible earthquakes

It shows the regions that are most at risk. 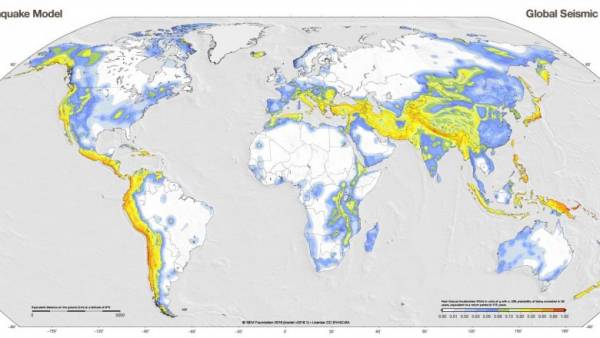 Scientists have made new maps that show which part of the globe are most at risk of earthquakes.

Map of the global seismic hazard shows in detail which parts of the globe are prone to earthquakes, for example, the Pacific volcanic ring of fire.

Another map shows the areas in which the movement of the soil can be damaged buildings, for example, in Guatemala. Scientists have shown densely populated regions of the planet, which is at greatest risk from seismic activity, for example, India and Indonesia.

Maps are the result of years of efforts of scientists, coordinated by a nonprofit organization “global earthquake model” (GEM) in Italy. It works not only with researchers, but also officials who are responsible for preparedness for natural disasters and elimination of their consequences.