Ukraine has all the opportunities of intellectual and organizational, to create its own nuclear weapons, said former representative mission of the country to NATO, major General Peter Garashchuk. In his opinion, to find the money for it — not a problem, transfers “observer”. 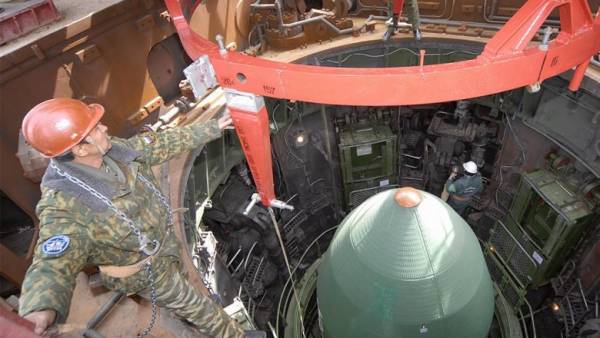 Military diplomat noted that Kyiv could make not only atomic bombs but also full-fledged nuclear warheads for ballistic missiles.

“In the world today there is no such plant on production of Intercontinental ballistic missiles, which were in the Soviet Union, then independent Ukraine, in the Dnieper river. Neither the United States nor China nor Russia failed to produce an analogue of the missiles, “Satan”,” — said Garashchuk.

He added that in the current circumstances, Kiev should not be afraid of the potential of international sanctions in the matter of nuclear weapons.

On December 5 1994 the leaders of Ukraine, USA, Russia and UK signed the Budapest Memorandum, which effectively deprived Kiev of nuclear weapons.