In the United States discovered the smallest bull in the world

The doctors of the veterinary clinic at Mississippi state University spoke about the smallest calf in the world, which came to a medical facility for examination. 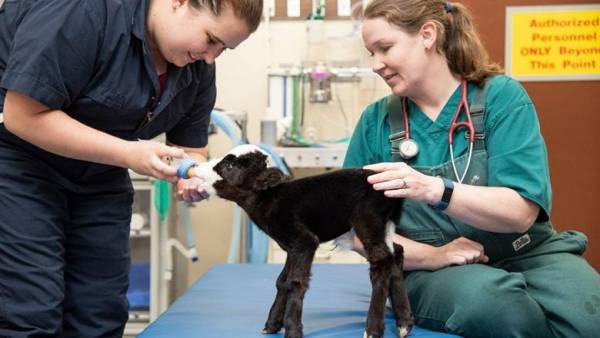 According to clinic staff, a bull named Little bill weighs only 4.5 kg, which is ten times less than normal.

The owner of the calf was afraid that the bull is sick, but after examination, the doctors assured that the bill is completely healthy.

Earlier, Australian journalists have told about the abnormally large bull named Nickers, who lives on a farm in Western Australia. His height is 194 cm and a weight of about 1.5 T.

In Canada found a competitor who became famous due to its size Nikers. A bull named dozer lives on a farm 80 km from the city of Winnipeg. The owner of the farm Karl Shenron argues that the dozer 2 cm above Nickers — 196 vs 194.