In Paris, clashes of protesters with the police

In Paris, clashes of protesters with police. With the hour of the day the skirmishes started on the Grands boulevards, to the place of the collision came out of armored vehicles of the gendarmerie. In the area of the Boulevard of the Italians, Bonne Nouvelle and Saint-Denis was used water cannons. Demonstrators are set in combat, trying to come to grips with the police and close the boulevards and the barricades. 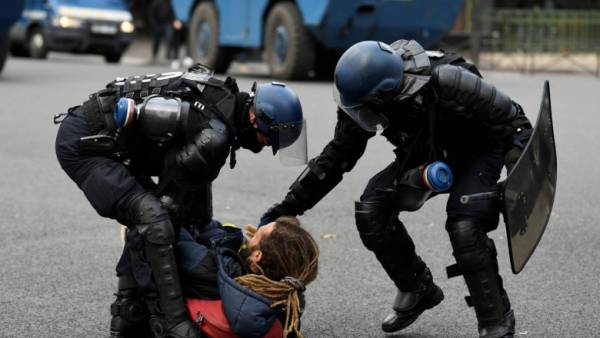 At this moment in Paris 575 people were detained, arrested, 361.

Mass protests held in France from Nov. Initially the stock “yellow jackets” started from a rise in gasoline prices, but later joined protesters dissatisfied with the government’s policy in General. The French government decided to make concessions to the protesters and overturned the tax increase on fuel. But those who protest against government policies, are going to continue the rallies.