Moscow. 7 Dec. INTERFAX.RU Prime Minister Alexis Tsipras explained at a press conference with Russian President Vladimir Putin, why not wear a tie, comparing them with the “noose around the neck of the Greek people”. 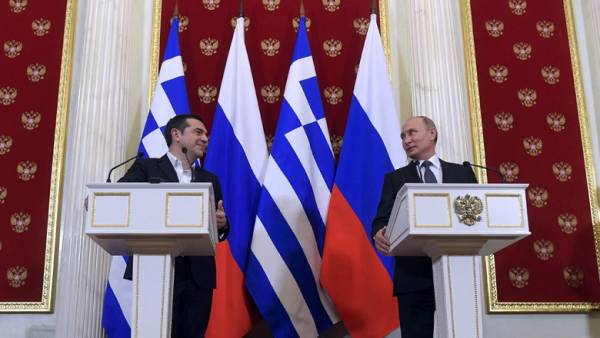 Asked by journalists why he continues to go without a tie, claiming that the Greek economy out of the crisis, Tsipras amazement made a helpless gesture: “I already wore a tie, but very quickly it was removed. Tie (for me) like a noose around the neck of the Greek people”. “The symbolism is very important,” he explained.

This Tsipras added: “If I’m Mr. Putin would give such a gift, at the next meeting I might wear it.”

Read also: Putin has rejected allegations of a conspiracy of Russia against Greece