USA said Russia and Syria guilty of chemical attack in Aleppo, held on November 24, and struck a hospital in the locality of Hagin the province of Deir ez-Zor. On Friday, December 7, reported Reuters. 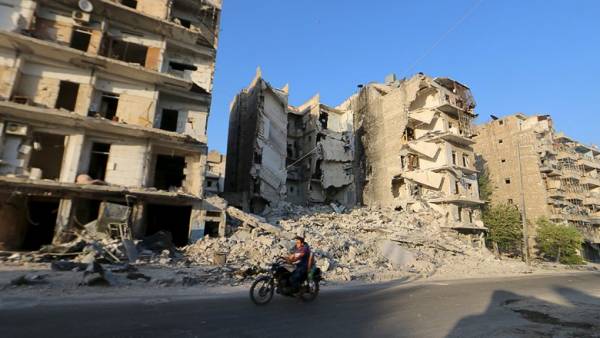 According to Washington, terrorists carried out chemical attack, and the incident with the tear gas was arranged by the government forces of Syria, which Russia supports. “Both countries use it as an opportunity to undermine the credibility of the ceasefire in Idlib,” said the state Department statement.

It is noted that this morning a coalition of US bombed a hospital in the Syrian province. How to write SANA, as a result of strike killed 8 people, including women and two children, all of them members of the same family. Rocket attacks on homes continue, because of what local residents were forced to flee the city.

On 24 November it was reported that the militants shelled several areas of Aleppo shells with chlorine. 107 people were hospitalized, including four children. They suffered from suffocation. Syrian authorities have called guilty of “some States” that assist in the delivery of chemicals to the rebels for staging such crimes.