The Russian ships were not threatened with weapons to the Ukrainian courts, said the FSB

MOSCOW, 8 Dec — RIA Novosti. Border guard boat of Ukraine from August of this year Russia threatened use of weapons on defeat in the event of approaching ships of the Border service of the FSB at a distance less than 3,5 kilometers, said on Saturday at a briefing in MIA “Russia today”, the first Deputy head of the coast guard Department of the Border service of FSB of Russia Vice-Admiral Alexei Volsky. 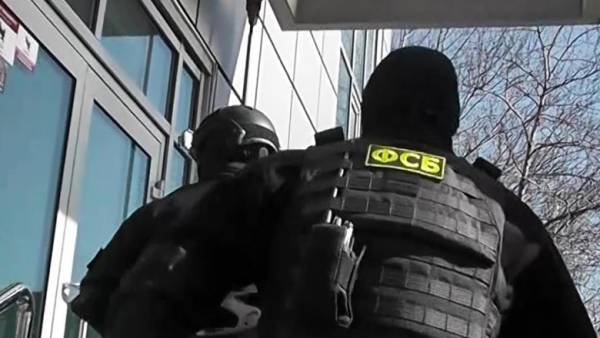 Three ships of naval forces of Ukraine “Berdyansk”, “Nikopol” and “Yana Kapu” on November 25, violated the border of Russia, included in the temporarily closed waters of the territorial sea of the Russian Federation and moved from the Black sea to Kerch Strait. They maneuvered in a dangerous manner, did not obey the lawful demands of the Russian authorities. Ships with 22 sailors and two employees of SBU were detained, three of them were wounded, they are hospitalized and receive medical care, their life is not in danger.

In relation to detainees initiated a criminal case on illegal crossing of the state border.
Russian President Vladimir Putin said that the incident in the Kerch Strait was a provocation, and among the crew members of Ukrainian vessels violating border of the Russian Federation, were two employees of the security service of Ukraine, who actually led the operation. Meanwhile, Putin stressed that Russian border guards had performed their functions for the protection of the state border. According to him, the provocation in the Black sea tied to a low rating of the President of Ukraine ahead of the elections.