In the nervous system of welders bred nanoparticles

Scientists of the University found that a smoke which is formed during welding, harmful to health even more than we still believed. 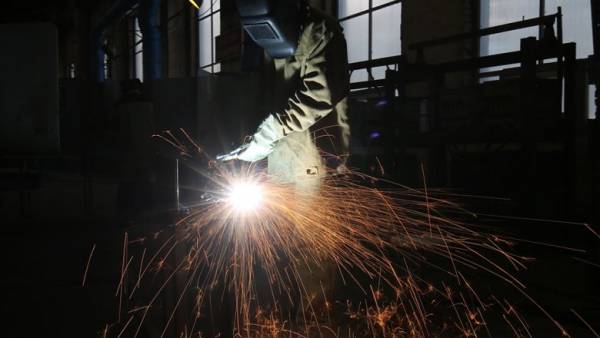 Scientists have found that the smoke that forms from the evaporation of electrode materials for arc welding, nanoparticles are metals that are dangerous to humans. The particle size of a few nanometers can get into the nervous system. Article about it was published in Scientific Reports.

Chemical compounds formed in the process of welding parts and penetrating the human body through the respiratory system, is toxic, because they contain in themselves the products of oxidation of metals. Especially hazardous welding particles approaching in size to 1 nanometer. From previous studies we know that such solid nanoparticles can penetrate even in the human nervous system.Cyril Halobacteroides on scientific work of the far Eastern Federal University (FEFU), d.b.N., Professor RAS

Scientists of the University have conducted a study together with an international team of toxicologists and found that regardless of the types of electrodes used in the welding fumes enter the solid nanoparticles of iron oxides, manganese, silicone (41, 18 and 6 percent, respectively), as well as chromium.

Studies have shown that the penetration in the body causes the development of thrombosis that ultimately leads to the occurrence of cardiovascular diseases.

Scientists believe that such particles do not settle long, forming an air suspension, which can be evenly distributed in the whole working space. Moreover, welding of the suspension can easily move far beyond the workspace, together with air flow. The study showed that the most dangerous zone with a radius of five and a height of three meters from the welder. Workplace particle concentration exceeds maximum permissible concentration by 50%.