In the city of Berezniki of the Perm region live 145 thousand people, and ten failures in the soil from two to 440 meters in diameter and a depth of 50 meters. For almost thirty years the city goes underground, and the gap tightens the surface with an all — local residents, and the space itself. At the request of samizdat journalist and chief editor of the scientific-educational portal IQ.HSE Vladislav Moiseyev traveled to Berezniki, to tell the world about this place, and brought out a treatise about the place of holes in the destiny of man. 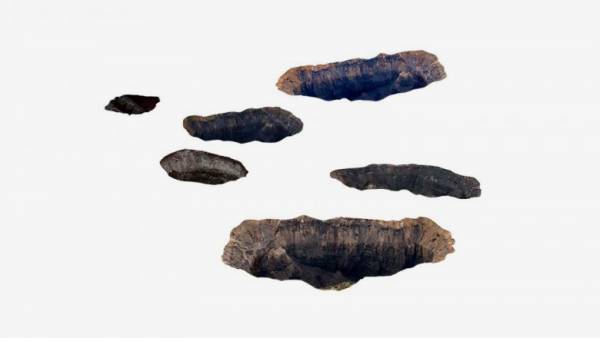 I’ll tell you something about holes. It’s the most interesting thing on earth, under the earth and above it. Many don’t like them, find something evil and reprehensible. But ultimately it’s just one of the two modes of existence of the world, and the only breaks in the smooth space given the understanding of its nature.

Believe me, I know what they say: a week in Berezniki I learned a lot about the nature of holes, felt their breath, and I heard the sounds.

This city has more than three decades is gradually disappearing under the ground, his areas turn into a gaping bottomless ulcers. I came here to look at the real divide, but also could not imagine that I would see it. It’s like a black hole: you never know what an event horizon, not yet overcome it.

Holes are not what they seem. Only a mediocre observer would call their private shortcomings something in common. They not only interrupt the integrity of matter, but pointing to the incredible circumstances of his own birth. They organize themselves around the rest of the space and open the way to other layers. Take the famous Novosibirsk pit road on the street Kotovskogo. At first it was just inconvenience to drivers and helped lead the business service centers. But as time went on, and the locals began to congratulate her on her birthday, she had a Twitter and the reviews on Google maps. In a while she would sat behind the wheel, but it is burrows.

In this Sunny day, the Hole in Kotovskogo offers you this rainy video pic.twitter.com/SF1Q0RGndh

By the way, in Berezniki, too, have Kotovsky street. And there is also a hole — though it is much more, and her name is Kitty. She has no Twitter, but I’m sure it’s a matter of time. The Berezniki already long gone through the stages of Elisabeth kübler-Ross, from denial to acceptance. It is much easier to come to terms with the imminent threat of death, to try to domesticate her, rather than constantly live in fear. So huge holes in the ground came up with cute names: a distant relative, Schoolboy, Big brother, the Pancake. And when the local media appears the title “Berezniki “Scarce” killed Solikamsk”, nobody needs to explain that the funnel is pulled with a bulldozer and a forklift with driver — all and understand what happened.

And Yes, of course, the famous revolutionary Grigory Kotovsky, after whom were called the streets, factories and even cities, ended his life with a Smoking bullet hole in his chest.

The first time I realized the ontological ultimatively, this suction force of the holes when the ice collapsed. The current pulled at my legs, and it was immediately clear that this is the end. I’ve seen this movie before “First strike” with Jackie Chan in the lead role. There, he falls from the helicopter into the frozen lake, trying to get out of the hole in the ice, but the ice crumbled under the pressure of his hands. This is a terrible feeling when you find the strength to resist, slowly leave you — and the flow takes over.

In the world there are many amazing holes. Rubber valves in the stomachs of Swiss cows — they can get my hand in and pull out what animal a moment ago ate for lunch.

Astronomers have learned, the speed with which matter falls into the black hole

The sphincters in the human body they are much more than one. Dead — staresina — gray stuck a vagina on the planet that gave us Joyce. Chilling the traces of surgeries on the faces of those who survived injury, syphilis or cancer — I once spent a whole day in the clinic and looked at the empty eye sockets and missing noses of these patients. Bullet holes in the walls of houses. A huge hole in the left side of a male torso from the Medical Museum of Copenhagen. Endless holes in the pockets of grandmaster Luzhin, through which he lost everything and once lost himself. The trace of the earrings in my lip — I wore it when I was 17 years old. The black pits in the place of eyes burnt miraculously resurrected Eleazar. Squishing a nasty ulcer on a pack of cigarettes. Oculus in the walls of the metro station “Chistye Prudy”, this egiptologia the irony of constructivism. Huge craters in the ground that are formed due to the ingress of water into potash mines. Black holes in space. Black holes inside us.

By the way, about black holes. In space there are red supergiants. This is a very large star at the end of his career. At some point, their cores begin to collapse, triggered the irreversible fusion process. There is an explosion: the star expands into space-time, forming a black hole.

Gravity is an amazing thing. In a black hole it tends to infinity: gravity is so enormous that even if you move at the speed of light, still no chance. The point of no return, after which the flounder is useless, called the event horizon.

They say that the red supergiants in fact, not quite red. Rather, they are buff-yellow. As the walls of Berezniki houses Stalin’s Empire style on Lenin Avenue. Once upon a time there lived the most wealthy workers now live their descendants. The fact that the prospectus of Lenin rests straight into endless defensive fences, for which there is a failure of “Big brother.” The exclusion zone is partially reduced and the street of Freedom.

The history of Berezniki is a story unpenetrating anthropocentric project of the Soviet supergiant.

Largely due to the irrepressible libido of the state machine, facing in all directions at the same time, Berezniki Berezniki steel.

To best experience the history of this land, should refer to the book of V. E. Tsifrinovich “We have created the potash industry.” In the beginning the author notes that salt production in these areas began in the XV century, developed in the nineteenth century, but “…the penetration of the Ural Russian capitalism could not any seriously change the face of the region”.

This book was published in 1934. If we ignore the many ideological links to comrades Stalin, Lenin and Marx, the core of its pathos in the fact that the Soviets managed to make not just industrial revolution, but also cultural. Tsifrinovich with gusto, and describes in detail the technological innovations, talks about how dark and unenlightened people gradually became effective carriers of socialism, and the earth under their feet — supple and fruit-bearing.

Four years after the book’s publication “We have created the potash industry,” its author was shot. After another eighty years after that, we can say that the “face” of Berezniki has really changed. Only hardly Tsifrinovich assumed that the transformation will be so significant.