“By 2050 nearly all cancer types will give in to therapy”

What methods of fighting cancer will be the basis of future therapy, when to stop treatment of the patient and to which mankind will win a cancer, held in Stockholm the press conference said the Nobel prize in physiology or medicine in 2018, Tasuku Honjo. 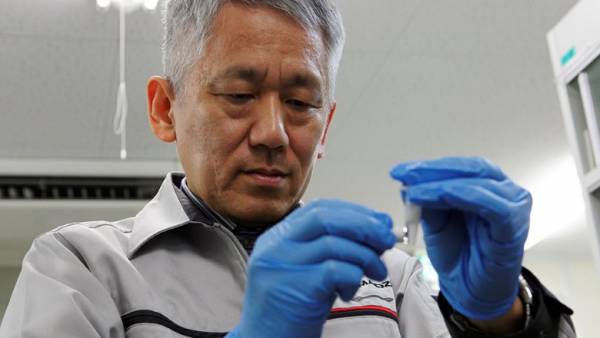 On 6 December in Stockholm started the Nobel week — a series of annual events with the participation of laureates. First met with the journalists, Tasuku Honjo and James Ellison, who won the award in physiology and medicine with the wording “for the discovery of cancer therapy through inhibition of negative immune regulation”.

Allison studied CTLA-4, protein”brake” in the immune system, the allocation of which allows you to “set” the immune cells to the tumor. This helped to develop new approaches to cancer therapy.

Honjo opened the protein PD-1, which can also work as a hindrance, but through a different mechanism. Indicator.Ru publishes the most interesting questions that journalists asked Honjo, and answers the scientist.

— Tell me, is this your first meeting with James? What do you think about the decision of the Nobel Committee split the prize between you?

to Whom and for what awarded the Nobel prize — 2018

— No, this is not our first meeting. We first met in Texas in 1998 — when I came to James, offered him to collaborate and he refused. Well, okay, not completely abandoned. Then this area was a very strong rivalry, and we in our studies of PD-1 and CTLA-4 and did not cooperate, and not compete. It was two separate stories.

Often the joint Nobel prize awarded to people who work on the same, using the same methods, but each in his laboratory. In our case we got the same result, but the methods, the molecules were all different. Now we were awarded a joint Nobel prize, and rightly so, because our studies complement each other, and I’m happy to share with James this award.

— Your works were a breakthrough in the fight against cancer. What current promising approaches to the treatment of this disease you can name?

— Now have more than thousand different chemical compounds to combat cancer. And the vast majority of them — not to say “all” — a compound with PD-1 or CTLA-4. Obviously, immunotherapy is the basis of methods of a new generation of cancer. Immunotherapy works where not doing chemotherapy and radiotherapy.

Fight cancer through the immune system. I am confident that with the ongoing efforts and costs of this area in the future we will find other combinations of molecules even more effective.

— You work very long in science. You ever want to give that up to do something else?

— Give up? To abandon the research? I just couldn’t refuse, because I have many colleagues, they support me and my work… I Have two favorite molecules: one is an enzyme AID involved in the process of switching classes of immunoglobulins. The second PD-1. And we recently realized that these two molecules, in addition, are very important in order to control the intestinal microflora. And the microflora in turn, can be used to combat tumors. So, as you can see, my work is becoming more and more interesting, and I have no reason to abandon it.