Agalarovy asking the court to reject U.S. charges of interference in elections trump

MOSCOW, Dec 7 — RAPSI. Businessman Aras Agalarov and his son Emin went to court in the US with a motion to dismiss the claim of the National Committee of the US Democratic party with accusations of hacking into its computers and theft of electronic data during the presidential election. 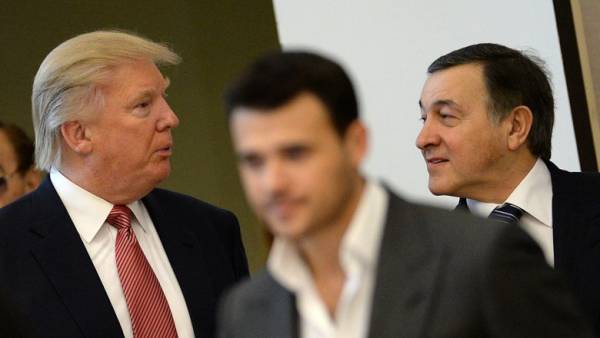 According to agalarovyh not complied with certain requirements under U.S. law “On corrupt and under the influence of organized criminal groups in organizations” (RICO) referenced by the Committee are referred to in the application made to the Federal court for the southern district of new York.

Approval agalarovyh national Committee, in particular, has not led any evidence of any connection between their actions and the alleged conspiracy, at the same time in the statement of claim does not say a word about what they might know about the alleged conspiracy or was he in any way involved.

Also in the statement of claim says nothing about the fact that the alleged contacts agalarovyh with the electoral headquarters of Donald trump, at that time candidate for U.S. President, had any relation to “hacking” or any other unlawful activity under RICO, the petition said.

The inclusion agalarovyh along with several other persons and the authorities of the Russian Federation in the number of defendants on the claim based solely on the fact that they live in Russia and had contact with trump and his campaign staff said the petition.

Along with the above, Agalarovy also believe that the court in new York could not consider the statement of the National Committee of the Democratic party in their relationship because they do not live in the US and not lead this country any cases.

Due to these reasons, the petition said, Agalarovy asking the court to dismiss the action against them.