U.S. urges Moscow to withdraw from cruise missiles 9М729 or modify the system in such a way that the range did not violate the terms of the Treaty on the elimination of intermediate and shorter-range missiles (INF Treaty). This was stated by assistant Secretary of state on arms control and international security Andrea Thompson, reports Reuters. 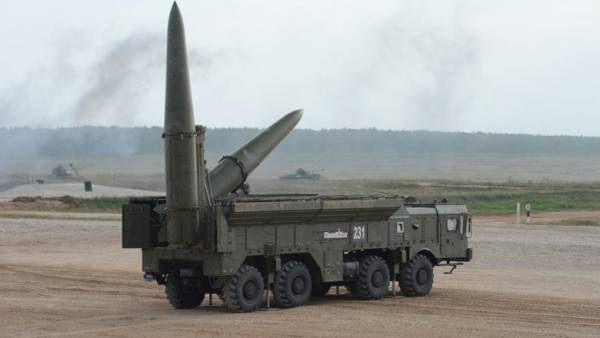 According to her, the Russian side needs to make adjustments, which can be checked. She said that now 9М729 the missile has a range of 500 to 5,500 kilometers is prohibited by the Treaty.

Earlier in October, the Deputy Minister of foreign Affairs of Russia Sergei Ryabkov said that Moscow gave Washington information on testing missiles 9М729. “Moreover, at last year’s exercises “West-2017″ was held the next launch of the rocket range is substantially lower than 500 kilometers,” — said Ryabkov.

The United States accused Russia that the latter hides the true potential of cruise missiles 9М729 complex “Iskander-M”, which is the land version of sea-based missiles “Caliber-NK” (a range of up to 1,400 kilometers). In the Pentagon believe that a ground missile has a range of up to 5,500 kilometers, not 500 miles as stated by the Ministry of defence.

The Treaty on the elimination of intermediate дальности5 decapeptyl said no evidence of Russia’s violations of the Treaty РСМД5 decabral the General staff spoke about Russia’s response in the event of cancellation ДРСМД5 dekabristy columnist Alexander Goltz: no INF Treaty we are somewhere on the eve of the Cuban missile crisis