The plague destroyed the first civilization of Europe, say scientists

MOSCOW, December 6 — RIA Novosti. The first city of Europe and the beginnings of European civilization could be destroyed in about 5.5 thousand years ago the first version of Yersinia pestis, the carriers of which were traders and raiders. Write about the scientists, “raised up” this organism and published its findings in the journal Cell. 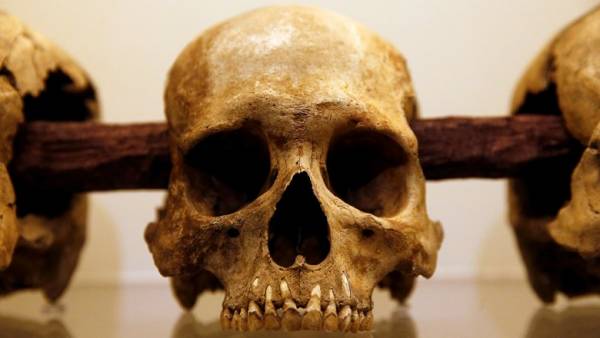 “We put together this historical puzzle. The first large settlements appear in Europe about six thousand years ago, and within a few centuries they all disappear abruptly. As it turned out, about the same time a “modern” plague spreading at the first merchants of that time,” says Simon Rasmussen (Simon Rasmussen) from the University of Copenhagen (Denmark).

The gravedigger of civilizations

Mankind has experienced several large-scale epidemics with similar symptoms are described as “plague”. The first of these was the so-called plague of Justinian, erupted in the Byzantine Empire and the Mediterranean in the middle of the 6th century and claimed the lives of over 100 million people. Another similar episode was the medieval black death, which destroyed about a third of the inhabitants of Europe in the mid 14th century.

In the past few years, geneticists were able to extract the remains of the DNA of these bacteria from the bones of their victims to prove that they are all called different but similar strains of the same bacteria — Yersinia pestis.

As recently discovered by geneticists, the plague was accompanied by the evolution of mankind for all time of its settlement in Europe and Asia in the last ten thousand years, periodically disappearing and reappearing.

Such discoveries have forced scholars to think about how the plague was spread through the Old World, where her “homeland” was whether rats are the only vectors and how often and where a new outbreak of the disease. The answers to these questions have already been obtained thanks to the discoveries in modern Samara region and Tatarstan Republic.

Rasmussen and his colleagues revealed the first steps of the “black death” in Europe, studying the remains of ancient people who lived on the territory of the first cities of the subcontinent. The largest of them was built about six thousand years ago in the so-called “Tripoli”, the area between the Danube and the Dnieper, at the junction of present-day Moldova, Ukraine and Romania.