Source: the head of the Executive Committee of the popular front Anisimov appointed zampolpreda of the President in TSFO

MOSCOW, December 7. /TASS/. The head of the Executive Committee of the Russian popular front (onf) Alexey Anisimov was appointed Deputy Plenipotentiary representative of RF President in the Central Federal district. This was reported by TASS on Friday a source in the Kremlin. 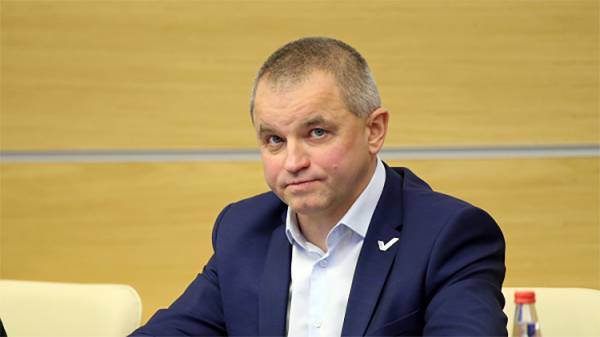 “The head of the Executive Committee of the popular front Aleksey Anisimov was appointed Deputy Plenipotentiary representative of RF President in the Central Federal district. The corresponding order was signed by the head of the Russian presidential Administration Anton Vaino”, — informed the source.

According to him, the duties Anisimov “will include the development of civil society, and cooperation with public organizations and NGOs”.

Speaking at the Congress, Russian President Vladimir Putin has set onf three main objectives. The first is the control over execution of national projects and notprogramm, which were identified in the may decree, the second is to help officials who work “responsibly” and “with soul.” The third area of work, according to the President, should become part of the popular front in the formulation of development priorities, especially at the regional level. Then in a press-service of the Front TASS said that under these new tasks will change and the machine front.