Scientists from HSE found out why older people read slowly

MOSCOW, December 6 — RIA Novosti. Scientists from the Higher school of Economics found out why people become slower to read and print disabled in the declining years of life. Their findings have been presented in the journal Psychology and Aging. 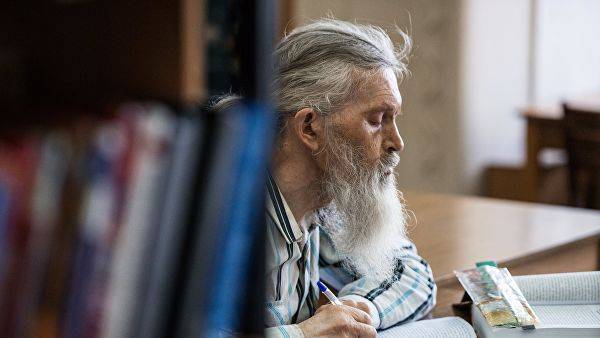 With age, the human brain is a whole set of changes that imperceptibly change the behavior. They cause the existence of different stereotypes about the typical traits of behavior and character of the elderly — forgetfulness, excessive credulity, unusual perception of time and other things.

the Russians have called the main sign of old age

Scientists are now discovering the mechanisms that explain the appearance of all these unique features, and trying to understand how they can be suppressed. For example, recently American scientists have found that conservatism and caution of the elderly was associated with a decrease in the volume of that part of the brain that is responsible for making risky decisions.

Researchers from the Higher school of Economics tried to understand, what is another common senile trait — the tendency to slow reading of any books, documents, and other sources of written information.