The President of Russia Vladimir Putin has appointed the Director of the state Corporation “Roscosmos” as his special representative on international cooperation in the field of space. The decree published on the portal of legal information. 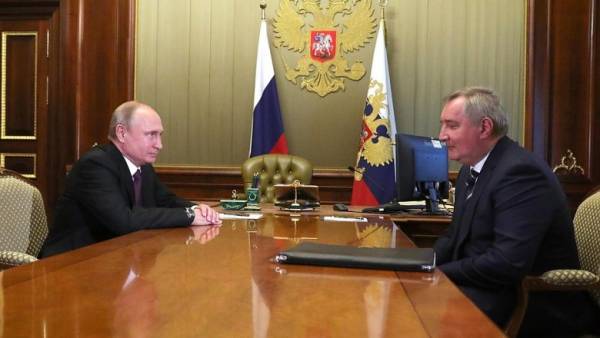 The document comes into force from the day of its publication, i.e. on 6 December.

On 24 may, the President invited Rogozin to head Roskosmos. He promised to do “everything necessary” to justify the confidence of the President.

Prior to that, from December 2011 he was Deputy Prime Minister in charge of the military-industrial complex. Under his leadership, the reform of the space industry, which appeared the state Corporation “Roscosmos”.