Nuns lost the other half a million dollars in a casino

In the US, two nuns stole half a million dollars from the Catholic schools where they worked, they lowered the money in a casino and escaped trial. This publication reports the Daily Breeze. 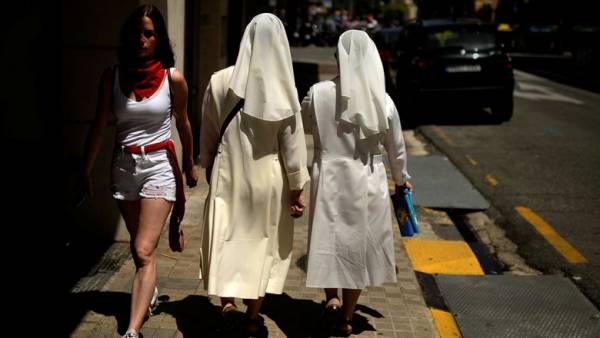 In late November the leadership of the Catholic schools of St. James located in TORRANCE, California, announced that two former employee of an educational institution was stolen and used for personal needs “a significant amount of money”. They turned out to be a former school principal sister Margaret Kruper (Margaret Kreuper) and the teacher’s sister Lana Chang (Chang Lana). According to parents, women have repeatedly told them that the school is not enough funding.

Chinese billionaire ruined my company in a casino

About the theft became known, when the Church authorities decided to audit the expenses of the school before going There to retire after 28 years of service. Monsignor Michael Meyers (Michael Meyers) stated that the woman was very nervous before the test and asked his subordinates to “correct” financial statements. The auditor from the Archdiocese noted in data inaccuracy, therefore, appealed to the services of an independent financial expert. He found the alleged “long-forgotten” the account to which women withdrawal.

After the inspection, the Croupier admitted that they indeed stole the money and spent it, among other things, on the casino. However, representatives of the Archdiocese said they would not press charges against the women, and “severely punish them ourselves” friends already sent to different monasteries. This decision was taken because the Order of the sisters of St. James, which belonged to the nuns, agreed to reimburse the stolen amount.