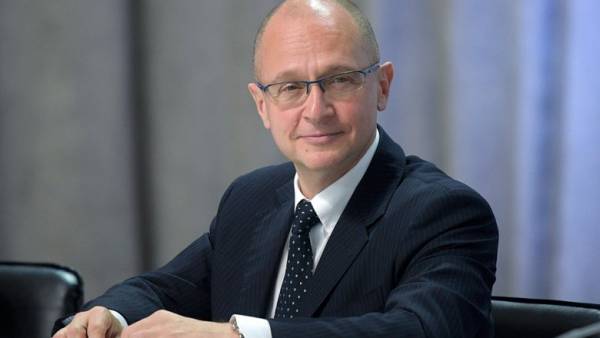 “We must be able to work with modern youth culture, not to become it, when someone accidentally doesn’t understand, or they don’t like it, it ends prohibitions concerts. It is nonsense,” he said on Friday at the Congress of “United Russia” on the discussion site “Upgrade”.

Kiriyenko urged United Russia to learn how to work with young people. He noted that the broadcast of the recent Forum of volunteers looked on the Internet for more than 42 million people. “It’s such a environment, there must be able to work”, — said the first Deputy head of presidential Administration of the Russian Federation.

Over the past few weeks in the regions of Russia has cancelled a number of performances of contemporary musicians, including rappers Husky and LJ, groups, and IC3PEAK “friend zone”. Press Secretary of the Russian President Dmitry Peskov said that the Kremlin “watched very carefully” the situation with the cancellation of concerts.