The US destroyer followed under control, “Admiral Tributs” and planes 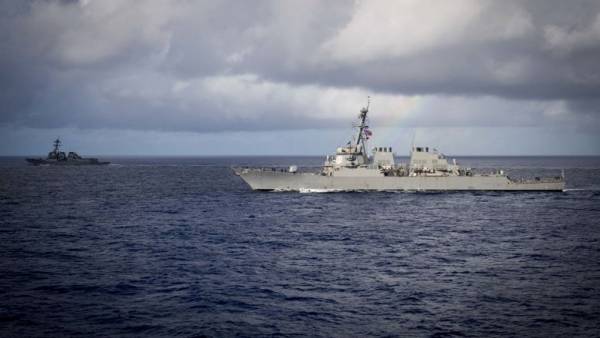 The Ministry stressed that the destroyer has ever approached Russian territorial waters closer than a hundred kilometers.

“If the crew of the USS and “demonstrated” anything, it is his unsuccessful attempt at maximum speed to get away from accompanying the forces of the Pacific fleet,” — said the official representative of the defense Ministry major-General Igor Konashenkov.

Currently, the crew of the USS McCampbell, Ural branch of the U.S. Navy “demonstrates” his bravery in the destruction of more than 400 kilometers from the territorial waters of the Russian Federation in the Central part of the sea of Japan.Igor Consenquences-major, the official representative of the Ministry of defense

Yesterday it was reported that missile destroyer McCampbell was held in the vicinity of the base of the Russian Pacific fleet. In Washington said that this was done to “challenge excessive Maritime claims of Russia and to support the rights, freedoms and lawful uses of the sea, which is in the possession of the U.S. and other countries.”

Meanwhile, the U.S. assured that this step is not aimed against Russia and is not associated with a recent incident in the Kerch Strait.