Putin explained the failure of communication with Poroshenko

MOSCOW, 5 Dec — RIA Novosti. Vladimir Putin said that he does not respond to attempts Petro Poroshenko to talk on the phone because he didn’t want to participate in its “simple combinations”. 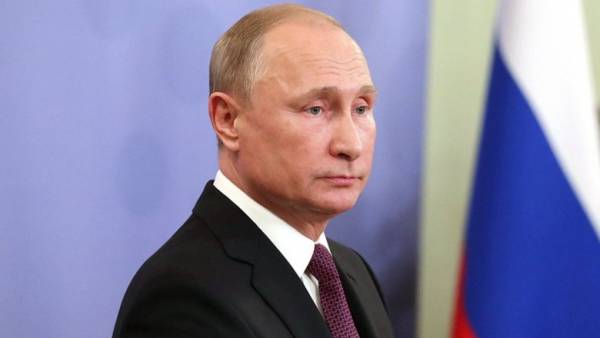 So the Russian leader responded to the journalists ‘ question why Moscow agreed to talk with the Ukrainian President.

“It’s not that I just shy away and not want Peter to speak . The fact that I don’t want to take part in its election campaign,” — said Putin.

According to him, Poroshenko artfully provocative and creates a crisis situation and immediately shifts the responsibility on Russia, after which “wants to demonstrate that it successfully solve the problem.”

On the morning of 25 November, the ships of naval forces of Ukraine “Berdyansk”, “Nikopol” and “Yana Kapu” violated the state border of Russia for several hours performing dangerous maneuvers, ignoring the legitimate demands of the Russian authorities.

As a result it was decided to detain the offenders. Three Ukrainian sailors were slightly injured. All on Board the detained ships were 24 military, including the staff of SBU. They were later arrested on charges of violating the state border.

After Kiev accused Moscow of aggression. The authorities imposed martial law on the territory of the ten regions. This mode allows you to temporarily restrict the constitutional rights and freedoms of citizens, including the right to participate in elections.

Vladimir Putin called the incident a pre-planned provocation, which is associated with a low rating of Petro Poroshenko in the presidential election.