The crown Prince of Saudi Arabia Mohammed bin Salman has to do with the murder of Jamal Khashoggi, he “ordered the killing and supervised the murder” of the journalist, said the head of the international relations Committee, Republican Senator Robert Corker after a private briefing by the head of the CIA Gina has Haspel in the U.S. Senate. He added that the Prince planned the attack. 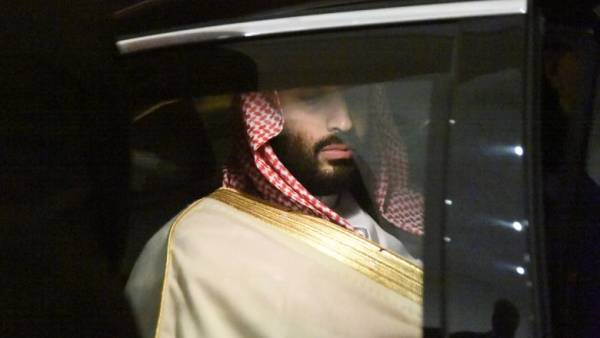 “If Mohammed bin Salman appeared before the Grand jury, he would be convicted of murder for about half an hour,” said Mr. Coker (quote via CNN). The Republican Senator from South Carolina Lindsey Graham called for the introduction against the Prince of sanctions.

He stated that he assumed that the Prince can be involved in the murder. After the briefing, he said, he had no doubt that his “assumption is correct”.

Recall, October 2, Mr. Khashoggi went to Consulate General of Saudi Arabia in Istanbul, where I was to draw up the documents. Since then, he stopped communicating. Subsequently, Riyadh acknowledged that the journalist was killed on the territory of the diplomatic mission. The Prosecutor’s office in Saudi Arabia has charged 11 defendants in the case.

On 15 November, the US Treasury imposed personal sanctions against 17 citizens of the Kingdom involved, according to Washington, the murder of a Saudi journalist. The international Affairs Committee of the U.S. Senate insists on a ban on selling the Saudis weapons, American. Germany has banned the entry 18 to the Saudi officials and stopped the supply of arms to Riyadh.

The journalist was known for criticizing Saudi authorities, as well as a skeptical attitude to the policy of President of the United States in the middle East.

Read more in the publication “Kommersant” “the U.S. Congress takes the investigation into the murder of Jamal Khashoggi in my hands.”

Read more: Peskov commented on the handshake of Putin and Saudi crown Prince at the G20 summit