Moscow. 5 Dec. INTERFAX.RU — Employees of security Service of Ukraine found signs of the work associated with the Ukrainian Orthodox Church organized network of distribution of materials that incite religious hatred, reported “Interfax” in the press center of the SBU. 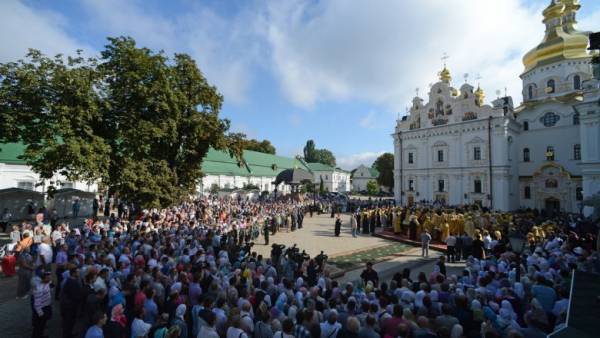 “In recent days, militiamen carried out a number of searches in separate administrative buildings of the Ukrainian Orthodox Church, and private buildings belonging to members of this denomination. The results of the searches seized many printed materials, the content of which has the incitement to religious and sectarian strife,” — said the press center of the SBU.

States that to identify the network managed under the procedural guidance of the prosecution, together with the national police.

In SBU noted that, among other things, within two days seized 75 copies of the brochure “Ukrainian Orthodox Church: Relations with the state. The attitude of the ATO and the Church split. Questions and answers”, which already came into the view of security service of Ukraine and on which there is a relevant expert opinion.

In the press center of the SBU paid attention that according to the expert of the Ukrainian scientific-research Institute of technical and legal expertise’s edition “includes the promotion of religious intolerance, insults the feelings of citizens in connection with their religious beliefs, fueling the religious sectarian strife and hatred.”

“Other seized materials by qualified experts also will assess” — added in the secret service.

For his part, the Chairman of the legal Department of the UOC (MP) Archpriest Oleksandr bakhov announced on Facebook that on Wednesday at 10:00 on interrogation in SBU management in the Rivne region, caused by 20 priests of this denomination.