The Kremlin hopes that the visit to Moscow Prime Minister of Greece Alexis Tsipras, is scheduled for December 7, will complete the “atypical period” in Russian-Greek relations. The journalists said the Russian presidential aide Yuri Ushakov. 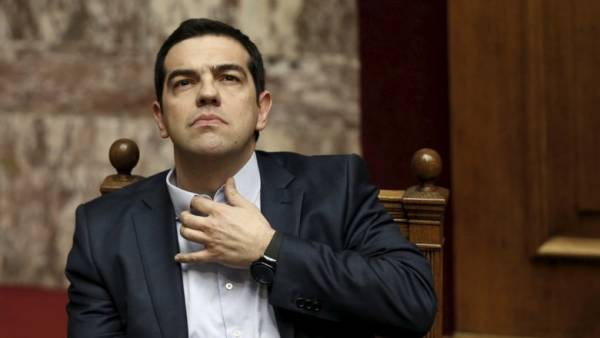 “This situation is of concern, since such failures not long ago we watched in our relationship. It’s a shame that this year was supposed to hold the festivities, which were to be dedicated to the 25th anniversary of the signing of the Treaty of friendship and cooperation, and activities that had marked the 190th anniversary of the establishment of diplomatic relations,” — said Ushakov.

According to him, Tsipras can expect talks with Russian President Vladimir Putin. The last time the policy was dated more than a year ago, in may 2017, after relations between the two countries came the “unusual period,” said Ushakov.News

The resumption of contacts between Moscow and Athens Ushakov believes a victory of wisdom: “Thank God that both parties showed wisdom and decided at the end of the year to carry out a visit to Russia, Prime Minister Tsipras and thus to finish this unusual period in our relationship. The prerequisites for this is”.

According to Ushakov, 5 December at a meeting of the Russian-Greek intergovernmental Commission which from the Russian side will be headed by the Minister of transport Eugene Dietrich. The meeting is expected to be “in the business” to discuss the arisen problems, in particular, in the sphere of economy, politics and the humanitarian sphere, said Ushakov.

The crisis in relations between Russia and Greece was associated with the expulsion in July 2018, two existing and a ban on entry of two former Russian diplomats. Russia responded with a mirror, sending representatives of Greece. In September 2018, was canceled previously scheduled official visit in Athens, Minister of foreign Affairs of Russia Sergey Lavrov.