Moscow. 5 Dec. INTERFAX.RU — Russia will pay the European court of human rights (ECHR) compensation of the three participating punk band “Pussy Riot” for violation of their rights in the case of the action in the Cathedral of Christ the Savior, reported in a press-service of Ministry of justice of the Russian Federation. 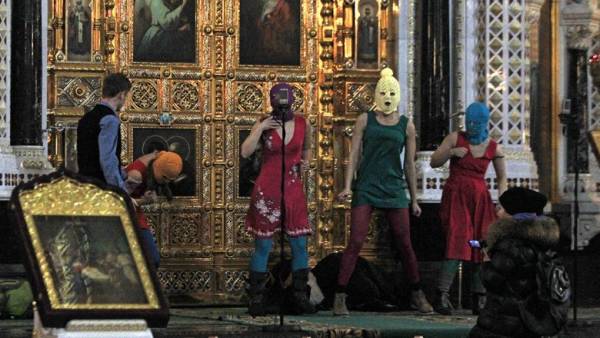 “Procedural possibilities to appeal against the decision of the ECtHR on the complaint of the “Maria Alekhina and others V. Russia” are missing. The authorities of the Russian Federation in good faith to the question of the execution of all decisions of the ECtHR, regardless of who sends them”, — stated in the message of press-service, received on Wednesday at the request of “Interfax”.

In accordance with the law, compensation according to the decision of the ECHR must be paid within three months.

December 4, the ECHR rejected the government of Russia to revise decision on the case of “Maria Alekhina and others V. Russia” in the Big house.

Members of Pussy Riot, who was imprisoned for 15 days for action in the world Cup final again detained

In such amounts the ECHR in July of this year assessed the violation in respect of the participating Pussy Riot rights article 10 of the Convention for the protection of human rights and fundamental freedoms (the Right to freedom of expression) and article 6 of the Convention (right to a fair trial). The judges unanimously found that the prosecution, as well as the announcement video (group) extremist and banning them violate the rights of the applicants.

In late February 2012, five girls had in the Cathedral of Christ the Savior in Moscow the so-called “punk prayer” with political demands. The video speech was posted on the Internet. Police later detained three participants of an action — Tolokonnikova, Alekhina and samutsevich.