Military commentator Alexander Golts: no INF Treaty we are somewhere on the eve of the Cuban missile crisis

Without an Agreement on the elimination of intermediate-range and shorter-range nuclear forces (INF) “by itself” dies and the Contract on reduction of strategic offensive arms (start). Without them we find ourselves in a situation similar to the Cuban missile crisis. This opinion 4 Dec broadcast RTVI stated military commentator Alexander Golts. 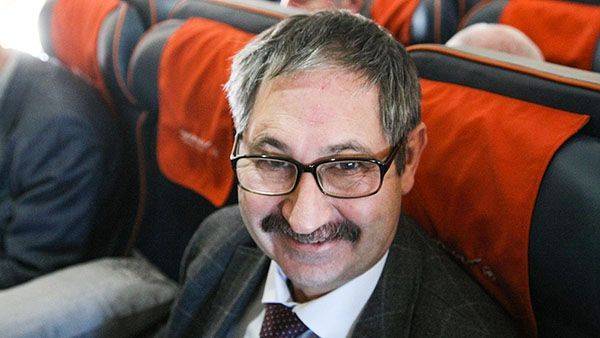 According to experts, if the U.S. withdraws from the INF Treaty, the consequences will be very severe. “First of all, under attack is the main thing Russian-the American agreement in the field of arms control start Treaty,” — said Goltz.

He recalled that the contract on reduction of strategic offensive arms already expires in 2021, but the leadership of the United States and Russia are conducting negotiations over a new contract. Browser said: the chances that the contract simply ends, are quite large.

Goltz also said that the INF and start treaties are closely connected. This means that if you exit the agreement, “there is a huge amount of problems with others.”

Because of this, he believes, may start to die. Then Russia and USA will be without contracts in the nuclear arms control “somewhere on the eve of the Cuban missile crisis”.News

That is not forbidden is destroyed

Alexander Golts has resorted to comparing the current international policy with the events of 1962. In April, the Explorer told RTVI that the Cuban missile crisis, Russia will be back, if not stop the escalation of the Syrian conflict.

Called the Cuban missile crisis the conflict in 1962 between the Soviet Union and the United States. It began after the United States has placed Turkey missiles. In response, the USSR headed by Nikita Khrushchev took similar action and secretly placed weapons in Cuba. The growing opposition could lead to a nuclear war. But a few days later, U.S. President John F. Kennedy sent a message asking the Union to withdraw its weapons from Cuba under UN verification. For this the United States promised to lift the blockade of the island and to give assurances of non-aggression to Cuba. Khrushchev accepted these terms and conditions.

See also: 55 years ago, was established a “hot line” between the USSR and the USA