First read the genome of the jellyfish

Genetics first published the full genome of the animal, in a life cycle which is present medusoid phase. The results will allow to understand the evolutionary success of this ancient group of organisms. A description of the work published in the journal Nature Ecology & Evolution. 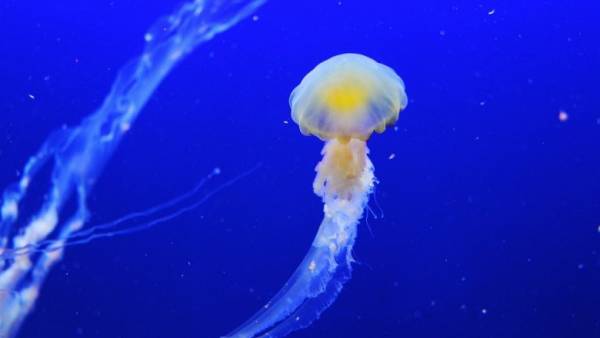 In addition to the type of bilateral-symmetric organisms, which include the absolute most common types of man (and man himself), the animal Kingdom includes several groups. One of them is flowing down or cnidarians. These include the Hydra, coral polyps, sea anemones, and jellyfish. Some members of this group during the life of the “sessile” polyps turn into floating jellyfish, but some species lack one or another stage. Biologists have already read the genomes of sea anemones Nematostella vectensis and Exaiptasia pallida, common Hydra Hydra vulgaris, but none of these animals in the course of his life becomes a jellyfish.

Flowing down from the two phases of the life cycle undergo a remarkable transformation, changing from attached to the bottom of a tiny polyp to a floating jellyfish with stinging tentacles, and continue to do so for about half a billion years. In the course of the new genetics work first read the genome eared jellyfish Aurelia aurita. Scientists wanted to understand the genetic foundations of such a radical transformation of the body.

Our results provide new evidence that evolution doesn’t necessarily complicates genetic device organisms. The jellyfish managed to build a large and complex life story, using many of the same genes as that of simpler animals.David Goldhouse the author, a scientist from the University of California in Davis (USA)

Previously, biologists believed that the jellyfish has a lot of genes are orphans, that is, DNA regions that are not similar to contained in other organisms. Using this hypothesis, the scientists tried to explain the complex restructuring of the body of the polyp to the Medusa, in which appear the nervous system, muscles, and flowing down the cell. However, read the genome showed that in this process important role played by genes commonly found in other animals. It turned out that because of the complexity of the life cycle of a number of genes not so much increased.

The authors try to explain this in several ways. According to the first, a complex cycle appeared due to the restructuring of the genetic information that was in the common ancestor of all cnidarians. Another explanation says that the first cnidarians already possess the phase of the jellyfish, and then some members of her lost.