CBS: the power of one of the American cities have abolished the age-old ban on playing in the snow

The legalization of this game was initiated by local schoolchildren. 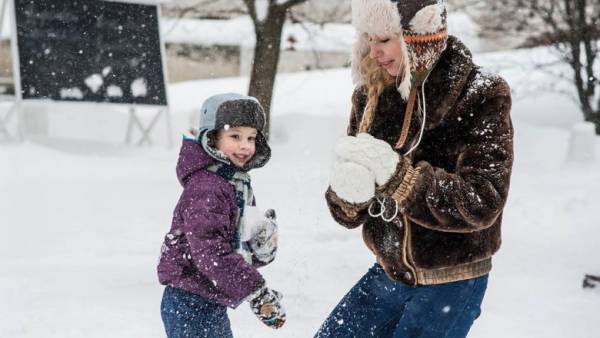 WASHINGTON, 5 Dec. /TASS/. In the town of Severance in Northern Colorado abolished the effect almost a hundred years, the ban on playing in the snow.

This was reported by broadcaster CBS, noting that the initiator of the liberalization of local regulations became a nine-year student Dane best.

“Children of the Severance want to play in the snow in the same way as their peers in other parts of the world. In the winter we have on the streets more, and especially nothing to do. I want to play in the snow, without fear of consequences,” said best, speaking before members of the city Council. In confirmation of public support for the initiative the student presented a petition signed by more than twenty children.

In an interview with reporters best admitted to multiple violations of the ruling are still limitations, according to which “it is prohibited to throw at people, animals, buildings, trees, and any private or public property of stones or other projectiles”. Snowballs, as explained by the mayor of the city of don Macleod, belonged to the category “other projectiles”.

Although for the duration of the position responsible has been prosecuted, not a single resident of the city, the legalization of the game in the snow deserved the attention of the authorities, said the mayor. “In a democratic society, age is no obstacle to civil initiatives. Everyone can change,” the mayor added.

In the end, members of the city Council approved the lifting of the ban unanimously.