The temperature in Japan broke a record, rising to 27 degrees in early December

TOKYO, 4 Dec. /Offset. TASS Alex Sarachev/. The flow of warm South winds have led to the fact that in most areas of Japan on Tuesday, the warm summer weather, it is not typical for the beginning of December. This was reported by the national meteorological administration of the country. 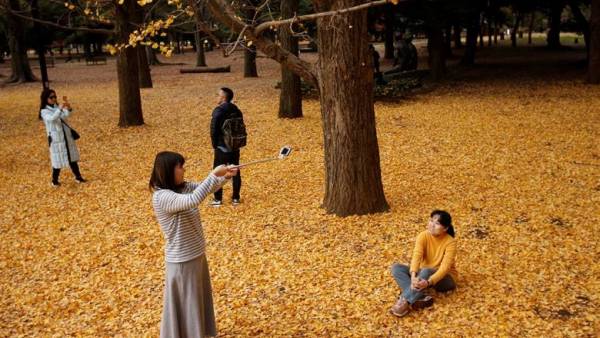 So, in Oita Prefecture on the southwestern island of Kyushu, the temperature rose to 27 degrees Celsius. In the Western and Central Fukuoka Nara the air is warmed to 26 degrees, and even in Tokyo the day the temperature exceeded 22 degrees.

For example, in Wakayama, the last time in the hot summer days in the beginning of December was fixed 140 years ago.

Meanwhile, forecasters warn that formed in the East and West of the country the area of high pressure can lead to precipitation and even thunderstorms.

This year has been in Japan one of the warmest in history. The past summer in the Eastern part of Japan, where, in particular, includes the capital region, was the hottest since 1946, other parts of the country also passed a record-breaking heat. So, the average summer temperature in the capital and surrounding prefectures were 1.7 degrees Celsius higher than usual.

Forecasters attribute this to the influence of areas of high pressure in the Pacific and in Tibet, where in Japan the winds blow. In the city of Kumagaya (Saitama Prefecture) near Tokyo, on 23 July was recorded the intense heat in the entire history of observations at the country — 41.1 degrees.

Because of the heat in the country this summer has killed more than 140 people, tens of thousands were hospitalized. The majority of injured and deaths is elderly people, who often do not monitor how long they are on the street, or do not include home air conditioning in order to save.