MOSCOW, December 4. /TASS/. The Charter of the Public Council under the Ministry of defence of the Russian Federation does not prohibit dual nationality to members of the Association, however, the question of membership of the journalist Sergei BRILYOV in connection with presence at it citizenship of the UK could be raised at the next Council meeting in December. 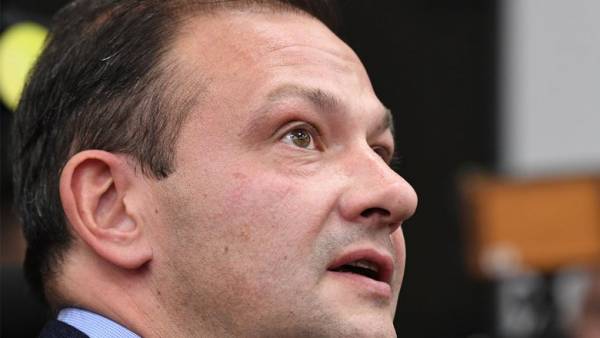 In an interview with radio station “Moscow speaking” on Tuesday, said the Chairman of the Public Council at the Ministry of defence of Russia Pavel Gusev.

Earlier, the press Secretary of the President Dmitry Peskov on the meeting with students of MGIMO did not rule out that shaving may be required to leave the Public Council under the Ministry of defence of the Russian Federation in connection with presence at it citizenship of the UK.

“The fact that he had a second citizenship, learned recently. At the end of December meeting. If the agenda is “different” it will stand, we will of course discuss it. But the fact is that the Charter and regulations of the public Council is a phrase like this — maybe a member of the Public Council under the defense to be a citizen of the Russian Federation. Brilev is a citizen of the Russian Federation. There are no words that anyone don’t have to be a citizen of any other country,” he said.

According to the official website of the military Department, one of the main tasks of the Public Council at the Ministry of defence — involvement of citizens and public associations to state policy formation in the field of defence and its implementation, the nomination and the support of civil initiatives aimed at the protection of the constitutional rights, freedoms and legitimate interests of citizens in the implementation of civilian control of defense Ministry of Russia.