Scientist convicted of theft of the Chelyabinsk meteorite

In Chelyabinsk, the court sentenced to probation scientist who stole a piece of the fallen meteorite. On Tuesday, December 4, announced Znak.com the assistant Prosecutor of the Chelyabinsk region Natalia Mamaeva. 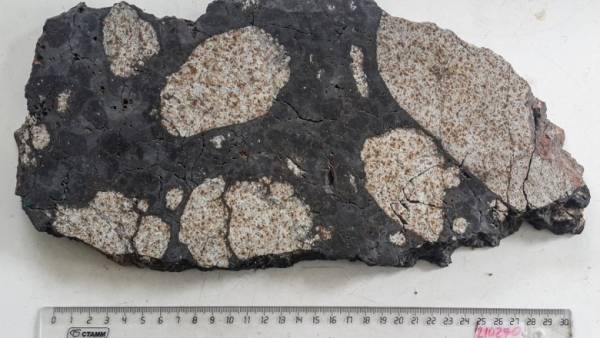 As found by the court, the representative of the Siberian branch of the Russian Academy of Sciences Sergey Kolisnichenko, under the pretext of research received from the employees of Chelyabinsk regional Museum, an impressive fragment of a meteorite and kept it for himself. The cost has a piece of the famous meteorite weighing 2.5 kgs is about 1.5 million rubles.

Police and punctured wheels: looking for meteorites in Russia

The geologist was charged with fraud in especially large size. He was sentenced to fifteen years imprisonment. In court Kolisnichenko admitted his guilt and repented of his actions.

In a press-service of the regional FSB told journalists that the leadership of the Museum, which contained the meteorite, last year asked the intelligence agencies, a statement about the disappearance of a large fragment. The exhibit was discovered in the private collection of geologist who provided the Museum Advisory support.

A fragment of a meteorite is material evidence in a criminal case, it will return to the Museum after the sentence comes into legal force.

The meteorite exploded in the sky over the Chelyabinsk region on 15 February 2013, a bright flash in the sky was seen by inhabitants of the neighboring Sverdlovsk region and Kazakhstan. The blast in Chelyabinsk, blew out Windows in buildings, damaged the roof of buildings, fifteen thousand people were injured from shrapnel. The wreckage of the car fell into the lake Chebarkul, from the bottom of the pond raised the largest fragment weighing 600 pounds.