Archaeologists have found evidence that people lived on the Tibetan plateau at a height of more than 4.5 kilometers another 30-40 thousand years ago. Previously, there was evidence of occupation of these places only for the last eight thousand years. The study is published in the journal Science. 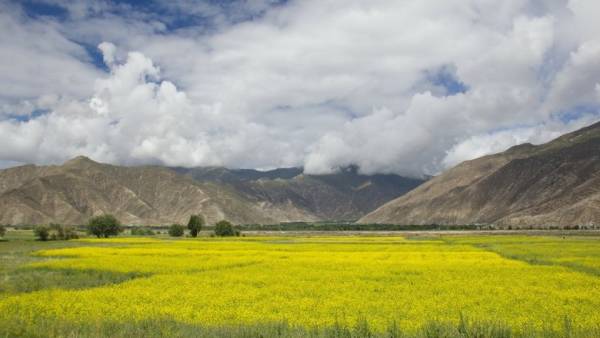 The Tibetan plateau is the largest area and average height above sea level plateau in the world. This is one of the most unfavorable places for human life in the Northern hemisphere: the average altitude exceeding 4500 meters, average annual temperatures are around 0 °C, the concentration of oxygen in the air two times lower than at sea level. 30-40 thousand years ago the Tibetan plateau remained one of the last colonized person places in Asia, except for areas entirely covered by a glacier.

Scientists have been trying to accurately date the settlement of this area. The oldest archaeological findings talked about 8000 years ago, although many scholars have speculated about 12-15 thousands years. In the new work archaeologists under the leadership of Zhang from the Chinese Academy of Sciences have discovered a much more ancient Parking Nvia virgin. Three cultural layers, the scientists found 3683 stone artifact.

A variety of worked stones and their composition has allowed scientists to assume that this place was used as a workshop for production of tools. In particular, they found many quadrangular elongated pointed rocks that can be used for cutting or scraping soft materials. The natural conditions in the region of 30-40 thousand years ago, in the Paleolithic, let a person from time to time live there.