The only Russian in the ranking was the Chairman of the Central Bank Elvira Nabiullina. 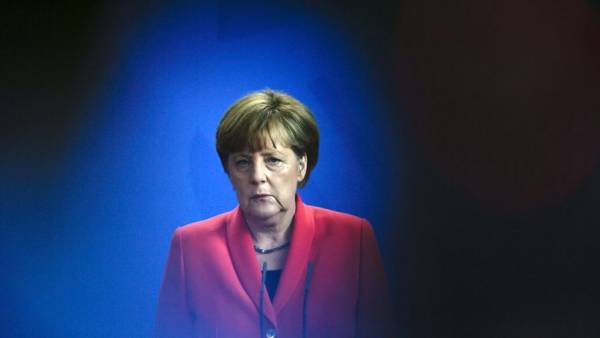 Moscow. 4 Dec. INTERFAX.RU — Forbes Magazine has published on Tuesday the list of the 100 most powerful women in 2018, led by German Chancellor Angela Merkel.

The second position was taken by the British Prime Minister Theresa may and the head of the IMF Christine Lagarde.

The only Russian in the list was the Governor of the Bank of Russia Elvira Nabiullina, she was ranked 49th place in the ranking, ahead of singers Beyonce and Taylor swift, the head of European diplomacy Federica Mogherini and tennis player Serena Williams.

On the 23rd place in the list magazine placed the British Queen Elizabeth II, and on the 24th is the daughter of the President of the United States and entrepreneur that is currently his adviser, Ivanka trump. On the 26th the place was the Prime Minister of Bangladesh Sheikh Hasina, and on 29-th place is the leader of New Zealand Jacinda Ardern, at the 35th Prime Minister of Norway, Erna, Solberg, 40-m — head of administration of Taiwan Cai Inven.

Also the 45th and 47th place in the ranking went to the first Minister of Scotland Nicola Sturgeon and the President of Croatia Kolinda Grabar-Kitarovic respectively. On the 62nd place in the rating was the President of Lithuania Dalia Grybauskaite, in the 65th, the wife of the leader of China, Peng Liyuan, and 67th — the head of European diplomacy Federica Mogherini.

The President of Estonia Kersti Kaljulaid took the 76th place in the ranking of Forbes, the ex-President of Chile, Michelle Bachelet, who now holds the position of UN high Commissioner for human rights — 85, the Prime Minister of Serbia, Ana Brnabic — 91-e a place.

In the past Merkel has repeatedly led the annual ranking.

See also: Rating of politicians: the secret of the popularity of Putin and XI