The most powerful of the currently existing particle accelerators, the Large hadron Collider (LHC, Large Hadron Collider, LHC), stopped for modernization for two years. In 2021 located on the border of Switzerland and France will include the installation again. This was reported on the official website of the Collider. 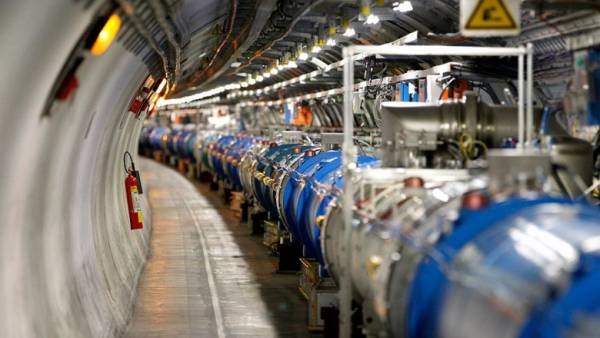 In the LHC to near the speed of light accelerates protons and other particles. Their collisions at high energies allow the study of fundamental interactions and new particles.

How the Earth will die because of the LHC. All scenarios

It was launched in 2009 at half the design capacity, and operated until 2013, then 2015 2018 gathered data on the energy of 13 TeV, 2021 Collider will restart on the originally planned energy 14 TeV. After 2025 the TANK transform into the Large hadron Collider high luminosity — the next stage of evolution of the accelerator.

In the data, which were obtained in the first phase of installation, physicists have found evidence that there is a Higgs boson is a quantum field that is responsible for the appearance of the mass of elementary particles. This achievement completed the Standard model of elementary particles. Also in recent years, the TANK was made many other discoveries, including the confirmed existence of Tetra – and pentaquarks.

TANK created at the European organization for nuclear research (CERN) is the world’s leading research center for particle physics. Now in the organization’s 22 full member; 3, including Russia, have observer status, and more than a dozen are in various stages of getting membership.