Kiriyenko: the Number of volunteers has doubled

During the year, the Russian volunteers found more than 10 thousand persons. Just in volunteer activities in 2018 participated more than 14 million Russians. On Monday the first Deputy of the presidential administration of the Russian Federation Sergey Kirienko has summed up year of the volunteer, speaking at the International forum of volunteers, which is held in Moscow on 2-5 December. 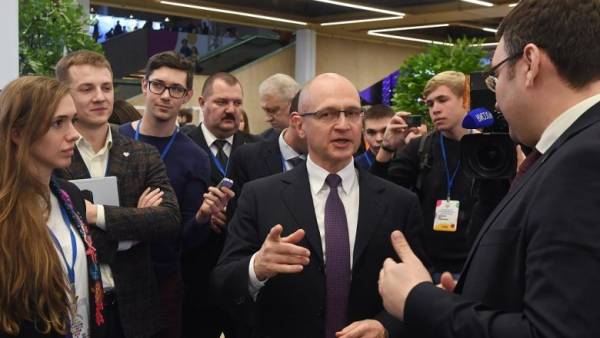 He said that the number of volunteers this year has increased two times.

“Probably one of the main outcomes of the volunteer and the volunteer, declared by presidential decree that nothing will end this year. Look at us in December last year, in 2017, 7 million people said that participated in some volunteer, volunteer activities. Now, the year is not over yet — more than 14 million people. In two times,” — said the representative of the Kremlin.

Interest in the topic of volunteerism has increased among the Internet audience. This is evidenced by the statistics of search queries.

“The number of requests to “Yandex” is the query “how can you participate in volunteer activities”, “how can I help other people” — two and a half times more was,” — said Kiriyenko.

The work of volunteers began to give more credit to people. Opinion polls show that a growing number of Russians, who speak about the benefits of volunteering.