Chinese media reported that GM has created-children the scientist disappeared

The Creator of GM children Cisangkuy he disappeared from the view of the press — he supposedly was under house arrest, but at the University where he worked, refute this information. However, there also can not tell where he is. 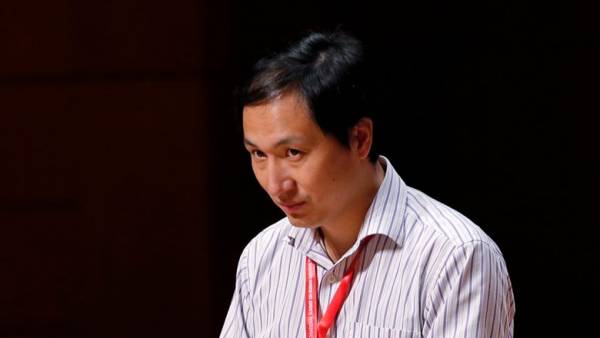 Chinese scholar he Cisangkuy supposedly created the first genetically modified children have gone missing, according to Chinese media. According to Chinese publication Apple Daily, he is under house arrest on the campus of the South University of science and technology in Shenzhen, which works, but the University itself, these data refute.

In November 2018, Chinese researcher he Cisangkuy said that with it was born the first children with a modified genome, he allegedly made them resistant to HIV.News

Although scientist still have not provided any evidence of the experiment, the news stirred up a lot of the scientific world, and after he posted a series of videos about the experiment on Youtube, the public nicknamed him “Chinese Frankenstein”.

South University of science and technology in Shenzhen, where he worked as Cisangkuy, hastened to disown his experiments.

On the University website published a message, which read that about the study he none of the leadership was not informed and in General since February of 2018 was on unpaid leave, which will last until January 2021.

Also, the University has called upon international experts to assemble an independent Commission to investigate the case and to publicly announce the results.

Later came the information that the researcher is under house arrest, but the Institute urged not to believe the rumors.

“Now, any information cannot be considered correct, except that what comes from official channels,” — said the representative of the Institute in the commentary edition of South China Morning Post.

However, to give more precise information, she refused, adding that the Institute can’t answer the question about the whereabouts of a scientist, but if they have any information, they “will report it through official channels.”

“This is crazy”: from the Chinese Professor-genetics disown clinic, the University and colleagues

Meanwhile on the scientist heard nothing for a week — from the day he announced the imminent appearance of another GM child at the Second international summit on genetic editing man in Hong Kong.

Although some scholars accepted the statements of Czankra quite optimistic, the majority condemned his experiments is that the editing of the genome of the embryo is not well understood, and such changes can lead to health problems in the offspring “edited” children.