Ukraine will transfer military units to the border with Russia

Moscow. 3 Dec. INTERFAX.RU President of Ukraine Petro Poroshenko said that during the period of martial law will be strengthened by the protection of the state border with Russia. 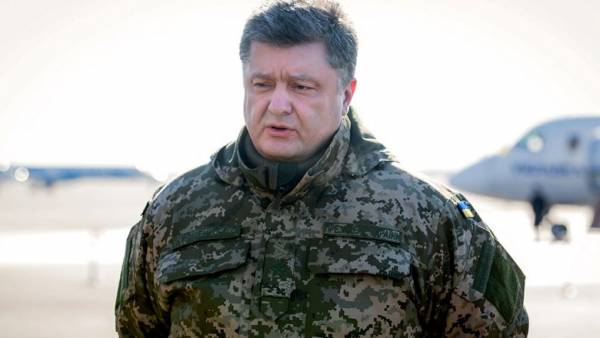 “All the possibilities, which gives the martial law authorities, will be used to enhance the protection of the state border with the Russian Federation and the administrative border with the Crimea. Will be reduced terms of combat coordination of crews that are in the respective camps… will be the redeployment of the relevant units to strengthen the defense of the border, military exercises and in areas where martial law will be undertaken, and training sessions with the reserve of the first stage”, — he said, opening the forum “70 years of the universal Declaration of human rights: agenda for Ukraine” in Monday in Kiev.

The President noted that the military situation is a preventive measure for a period of 30 days, which has been introduced for the prevention of aggression and minimizing its effects “to protect the most important rights — the right to life.”

Poroshenko expressed hope that Ukraine will be able to be limited to these measures and the continuation of martial law is not followed.

Russian President Vladimir Putin said that the incident in the Kerch Strait — a provocation of the Kiev authorities ahead of the presidential elections in Ukraine. In Kiev called the actions of Russian border guards illegally.