Putin and Saudi Prince picked up the oil

The price of Brent crude oil rose by five percent on news that Russia and Saudi Arabia agreed to extend the agreement OPEC+, according to the auction at the London exchange ICE. 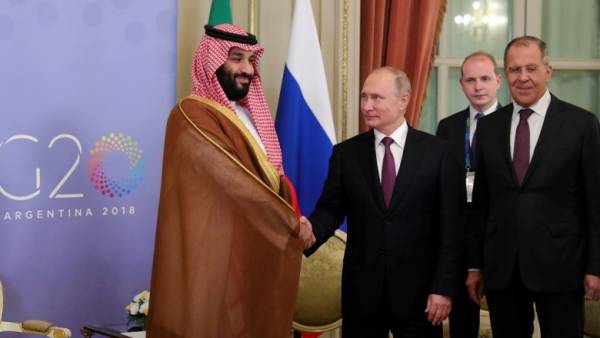 On the morning of 3 December futures contract for a barrel of Brent oil for delivery in February 2019 was worth 62.5 per dollar. This is five percent above the closing level on November 30 (59,46 dollars). At the time of publication the price was equal to 62.4 per dollar per barrel.

1 Dec at the G20 summit in Argentina Buenos Aires Russian President Vladimir Putin has announced that it has reached agreement with crown Prince of Saudi Arabia Mohammed bin Salman al-Saud on the extension of the deal, OPEC+. By its terms, the member countries of OPEC (Organization of countries-exporters of oil) and 11 third-party States, including Russia agree to cut production in order to achieve higher prices on the world market.

Oil became cheaper in the last few weeks because of the increase in US inventories, slowing demand growth and fears of market participants about a possible oversupply. November futures price for a barrel of Brent fell by 21.6 percent to 62.4 per dollar. This was a record figure for the last ten years.