Inventor Bifidok arrested in his absence

Co-owner of “Partner” is accused of abuse of power. 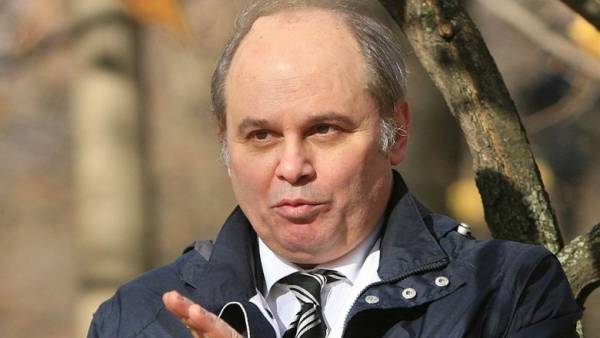 As it became known “Kommersant”, was arrested in absentia and declared in the international search co-owner of the pharmaceutical manufacturer “Partner”, the inventor of the popular fermented milk drink, Bifidok Igor Weinstock. Moscow Department of the TFR entrepreneur incriminates the abuse of authority and non-payment of salaries to employees of the company. Mister Weinstock considers a private criminal prosecution “part of the plan of raider capture” of the enterprise, which until recently accounted for 61% of the Russian market of medicinal bifidobacteria drugs.

Presnensky court of capital has satisfied the petition of the GSM TFR in Moscow about the arrest in absentia of the owner of the company “Partner” Igor Weinstock, who is also known for having invented the popular drink Bifidok. Mr Vainshtok declared as a result of an international arrest warrant, and the judgment now allows you to send documents to Interpol for entering data of the entrepreneur in the search database. Now, Mr. Weinstock. He told “Kommersant” that “go to friends”, but did not name the country where currently resides.

All of them RCDS accuses the non-payment of wages (article 145 of the criminal code of Russian Federation), and Mr. Weinstock is also the abuse of authority (article 201).

A criminal case was opened in 2017, according to representatives of Fundservicebank, which takes place in the case of the injured party. For a long time the Bank credits to the enterprise of Mr. Weinstock, opening a credit line of about 3 billion rubles. But after the change of leadership of the Bank, according to mister Weinstock, a credit institution, felt that cooperation with the “Partner” has caused her damages in the amount of 42 million rubles.

Note that the first case was led by the Department of the TFR in the Zamoskvoretsky district of Moscow, then they took the investigative office for the Western district of the capital, and finally the city of GSU SKR. As part of the investigation searches were conducted in the enterprise and in the apartment of Mr. Weinstock. “I was at work, and after a search I called relatives, who told investigators sitting in a car parked near the entrance,—said “Kommersant” the businessman.— Realizing that the police are waiting for me, I instead go to their music in “Matrosskaya Tishina”, took a taxi and went to the airport”.

The guilt of the businessman does not recognize, arguing that his prosecution “is part of raider capture” of the enterprise.

Note that CJSC “Partner” was founded in 1992 and became one of the first private enterprises in Moscow it was registered under number 134. Until 2017, “Partner” was one of the largest in Russia and CIS manufacturer of probiotics: at three locations in Moscow and the Moscow region, the company produced medical and veterinary preparations “Bifidumbacterin”, “Bifidumbacterin Forte”, “Probator”, “Florin Forte”, “Gaafar”, “Bifidum-Shi”, “soonim and Bioprotection”. “Partner” until recently, accounted for 61% of the Russian market of medicinal bifidobacteria medications (excluding supplies for beneficiaries). In addition, the “Partner” develops and produces immunobiological food products under the brand name “Bifidok” and controls more than 200 enterprises of the dairy industry. In 2017, revenues amounted to 516 million rubles., net profit — RUB 23 million

However, in October of this year the Arbitration court of Moscow has recognized Partner of the bankrupt at the suit of the Fundservicebank. General requirements of creditors to the company exceeds 1 billion rubles.

Note that in 2009, law enforcement officers prevented an attempt of seizure of the property of the company when the owners of an advertising firm Oleg Bel’kov and Andrei Pilinski under threats forced the leadership of the “Partner” to sign a contract transferring shares, and documents over three alleged not returned by a pharmaceutical manufacturer loan for a total amount of €14.2 million In June 2013, the Zyuzinsky district court of Moscow found the advertisers guilty of extortion in especially large size (part 3 of article 163 of the criminal code) and sentenced them to five and three years in prison, respectively.