SBU summoned the priests of the canonical UOC

MOSCOW, 1 Dec — RIA Novosti. The security service of Ukraine was summoned for questioning priests Sarny eparchy of the Ukrainian Orthodox Church, said the information and education Department of the UOC. 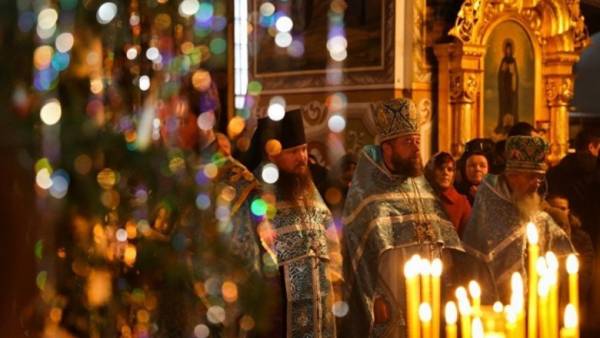 According to the announcement, summons for questioning by the Deputy head of the investigative Department of the security service of Ukraine in Rivne region clergy-deans received 30 Nov. The document States that they will be questioned as witnesses, but about what will have to testify is not explained.

In particular, on 5 December, the SBU needs to be Archimandrite. On the call also said about 20 priests of the diocese of Rivne.

Earlier, the head of the legal Department of the UOC Archpriest Oleksandr bakhov stated that the SBU invites some of the bishops to their “conversations”.

The situation of the UOC

Recently the canonical Ukrainian Orthodox Church is experiencing growing pressure, including from the authorities. So, the other day, SBU raided from the Abbot of the Holy Dormition Kyiv-Pechersk Lavra Metropolitan Paul. According to the priest, the authorities are trying to put him under political pressure. In addition, the Ministry of justice of Ukraine was deprived of the canonical UOC right of use of buildings of Pochayiv Lavra.

The situation escalated on the background of the intentions of the Patriarchate of Constantinople to grant the Tomos of autocephaly of the non-canonical Church in Ukraine. Kyiv authorities expect that this will happen before the end of the year, but to Tomos can only Primate “United” Church, who is yet to choose on the “unification Council”. Date of this event is still unknown. The canonical UOC declared that will not participate in the “Cathedral” called the invalid attempts to solve the question of the Church with the participation of public authorities and dissenters and broke Eucharistic communion with Constantinople.

In the ROC actions of Constantinople were also considered a split. According to Metropolitan Hilarion, Constantinople lost its right to be called the coordinating centre of Orthodoxy. Since mid-October, the ROC severed Eucharistic communion with the Patriarchate of Constantinople, and later did the same and the Russian Orthodox Church abroad.