MOSCOW, 1 Dec — RIA Novosti. The Patriarchate of Constantinople bears “moral responsibility” for the prosecution of the canonical clergy in the Ukraine, since it was on his orders organized the so-called unification Council, told RIA Novosti Secretary of the Department for external Church relations (DECR) of the Moscow Patriarchate on inter-Orthodox relations, Archpriest Igor Yakimchuk, commenting on the searches, the SBU in Kiev-Pechersk Lavra. 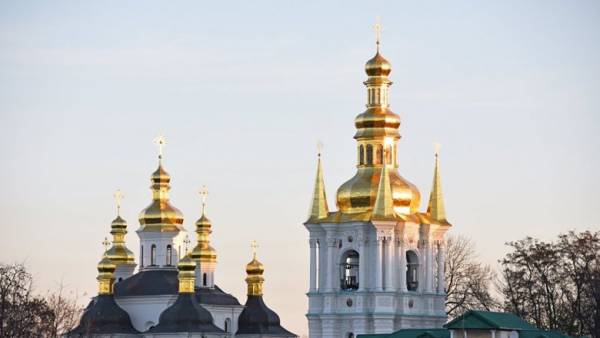 “Searches from the Governor of Kiev-Pechersk Lavra is one of many examples of discrimination and overt pressure on the Ukrainian Orthodox Church, the largest religious denomination in the country,” said Yakimchuk.

The purpose of this pressure is to force the hierarchs of the UOC for participation in the so-called unification Council, designed to establish in Ukraine a new Orthodox Church, supported by Constantinople.

He noted that “there is gross interference in the internal Affairs bodies of the secular state that in an obvious way violated the principles of freedom of conscience guaranteed by the Constitution of Ukraine and shall be subject to examination of human rights organizations”.

“Moral responsibility for the persecution of the canonical clergy in Ukraine carries the Patriarchate of Constantinople, at the behest of which are arranged the above-mentioned Council”, — concluded the Agency interlocutor.

Earlier, the Ukrainian authorities, including President Petro Poroshenko, has declared that do not intend to interfere in the Affairs of the Church, but do it all the time. So, despite promises, Poroshenko made from Constantinople the recognition of non-canonical Church in Ukraine, which the Russian Orthodox Church called schismatic. Rada of Ukraine adopted the law on the transfer of St. Andrew’s Church the Patriarchate of Constantinople. Later, the Ministry of justice of Ukraine was deprived of the canonical UOC right of use of buildings of Pochayiv Lavra in Kiev. Action against the Pochaiv monastery testify to the intimidation of believers by the authorities of Ukraine, stated in the ROC. Advisor Poroshenko Rostyslav Pavlenko went to Istanbul to observe the Synod and meet with the Patriarch of Constantinople on the question of autocephaly.

The authorities in Kiev and non-canonical Church structure in Ukraine hope till the end of the year to receive the Tomos of autocephaly from Constantinople, but Tomos can get only the Primate of the “United” Church, it needs to select on the “unification Council” of the Orthodox churches in Ukraine, which date is not appointed yet.

This canonical UOC said that is not going to participate in this event.