Moscow. 1 Dec. INTERFAX.RU — According to the Ukrainian President, Moscow examines the world order. 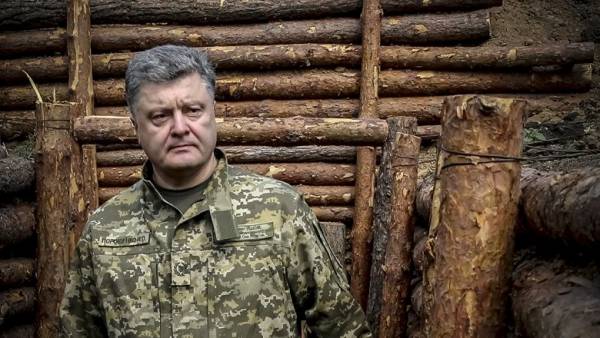 The President of Ukraine Petro Poroshenko said that Russia has deployed along the Ukrainian border a large number of military personnel and equipment.

According to him, generally around Ukraine “have now been deployed to the ground which numbered more than 80 thousand troops, about 1,400 artillery and rocket systems of volley fire, tanks, 900, 2300 armored combat vehicles, more than 500 aircraft and 300 helicopters.” “In the Black, Azov, Mediterranean seas perform the job of over 80 ships and eight submarines, including shock — 23 ship and six submarines,” — said P. Poroshenko during the transfer of the state concern “Ukroboronprom” military equipment to various parts of the Mat Saturday in the Kiev region.

In his opinion, Russia tests world order: would the world on the transformation of the Azov and then the Black sea into “a Russian lake”?

This is a huge threat, which we, together with allies looking for the proper political and diplomatic response.Petro Poroshenko President of Ukraine

Russian President Vladimir Putin said that the incident in the Kerch Strait — a provocation of the Kiev authorities ahead of the presidential elections in Ukraine.