PARIS, 1 Dec — RIA Novosti, Lyudmila, orishenko. The President of France Emmanuel macron denounced the violence at protests in Paris and stressed that those responsible will be identified and brought to justice. 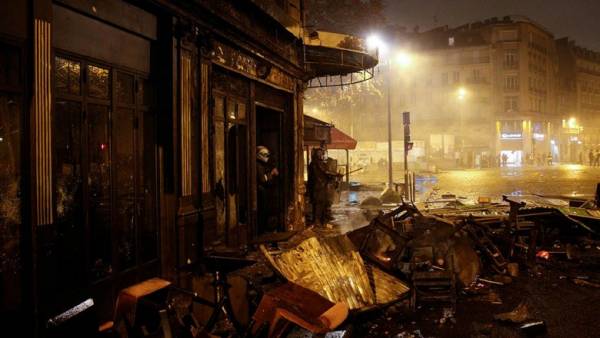 Earlier it was reported that more than 260 people arrested during the protest movement of the “yellow jackets” in Paris. Ninety-two people were injured, among them about 20 police officers.

“What happened today in Paris has nothing to do with the peaceful expression of legitimate anger. No cause justifies attacks on police, destruction of shops, arson or public or private buildings, threats to passers-by or journalists,” said macron at a press conference in Argentina, where he was the G20 summit.

“Responsible for the violence do not want change, don’t want improvements, they want chaos… They will be found and held accountable for their actions before the court,” — said the French leader.

Macron added that on Sunday after returning from Buenos Aires to Paris, he will meet with the Prime Minister and interior Minister.