The last words of George H. W. Bush was a Declaration of love to his son. This writes The New York Times. 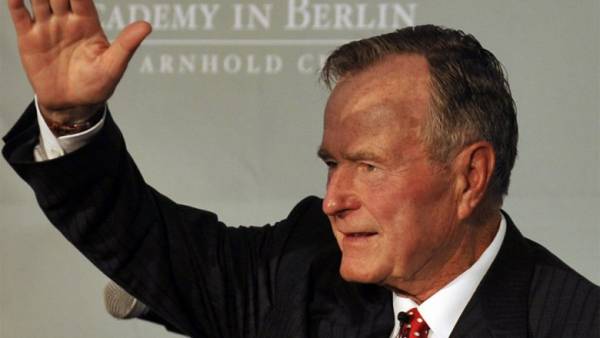 According to the publication, the 41st President of the United States a few hours before death called George W. Bush, heard from his son what a wonderful father he is and how he loves him, and replied that also loves it.

We also found out that on the morning of Friday, November 30, a close friend of Bush Sr., former Secretary of state James Baker III visited the dying man, and found him awake. “Where are we going, to Bake?”, the President asked, and on hearing the answer about heaven, confessed that he wanted to be there.

Former US President George Bush Sr. died November 30 at the age of 94. His health deteriorated after the death of his wife Barbara Bush, who died April 18 at age 92.

George Bush senior was the President of the United States from 1989 to 1993. International policies pursued by the Bush, marked by military operations conducted in Panama, the Philippines and the Persian Gulf, the fall of the Berlin wall in 1989 and the collapse of the Soviet Union two years later.