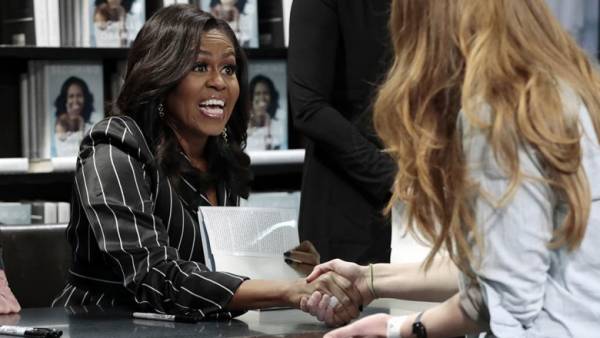 For the first 15 days of the start of sales in these two countries has sold over 2 million copies of 3.4 million copies published, The Washington Post reports. It is noted that the book became a bestseller. This hard cover copies were sold more than any other book in 2018.

Memoirs of the wife of Barack Obama translated into 31 different languages and are also sold in Australia, the UK, France, Germany and many other countries. In the book the wife of former U.S. President says the relationship with her husband, and also about what it doesn’t like the incumbent U.S. leader Donald trump.

On 31 October it was reported that Obama bought the film rights to the book by Michael Lewis “Fifth risk”. The work is a collection of interviews with officials of several departments of the White house on the transition between the administrations of Obama and trump. Spouses Obama filmed a book for Netflix.