Putin ordered to stop the theft of hydrocarbons in Dagestan

Moscow. 30 Nov. INTERFAX.RU — the President of Russia Vladimir Putin instructed the government and the Prosecutor General to take immediate measures to detect and prevent unauthorized connections to distribution networks and the theft of hydrocarbons in the Republic of Dagestan. 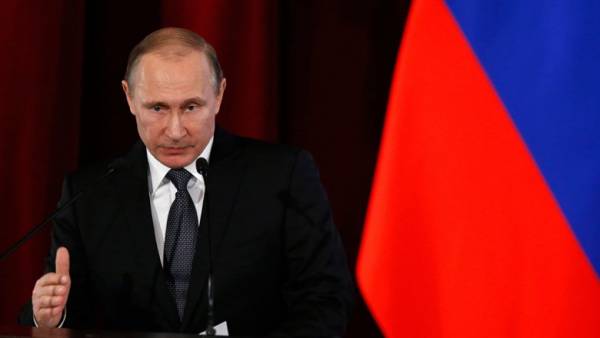 “The government of the Russian Federation jointly with the General Prosecutor of the Russian Federation to take immediate measures to detect, deter and prevent theft of gas, oil and petroleum products, unauthorized connections to distribution networks, illegal trafficking of petroleum products and illegal use of trademarks on the territory of the Republic of Dagestan”, — stated in the list of the President’s instructions on development of fuel and energy complex of Dagestan.

In addition, the government is requested to provide inventory and distribution electric grids on the territory of Dagestan, including to identify ownerless power facilities and to take measures on registration of rights of ownership to these objects.

Term report for both orders until 1 March 2019.

Also, the Cabinet needs to provide consideration at a meeting of the government Commission on the socio-economic development of the North Caucasus Federal district information on the situation in the fuel and energy complex of Dagestan.