Lunar soil collected by the Soviet station “Luna-16”, sold for $855 thousand at auction Sotheby’s. About who it belonged to before, and about the most expensive “moon” tells a lot “Газета.Ru”. 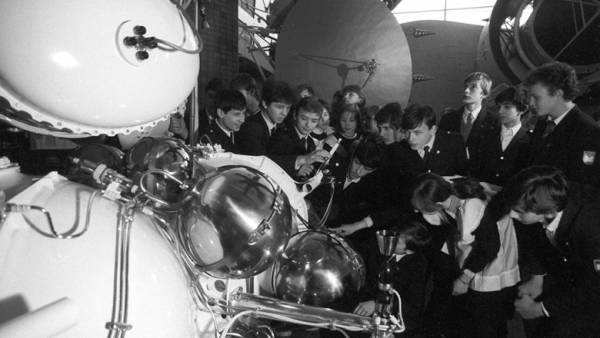 Particles of lunar soil, which in 1970 brought the Soviet station “Luna-16”, went under the hammer at Sotheby’s. Their final cost was $855 thousand, according to the website of the auction.

Fragments of lunar soil size from 1 to 2 mm in diameter are in a metal box with a magnifying glass at the top and a sign in Russian “soil Particles “Luna-16″”.

They first appeared at auction in 1993, then bought out for $442 thousand

The Soviet station “Luna-16” went to the moon on 12 September 1970 from the cosmodrome “Baikonur”. 17 September, she was in lunar orbit, and the 20th gently sat on the surface of the moon near the Mare fecunditatis.

Control of the station was carried out from the Ground. With the help of suction head experts have collected samples of lunar soil with a total mass of 101 grams and placed in a special sealed capsule. On 21 September, the capsule was sent to Earth in a return unit.

On 24 September, the unit landed softly on the territory of the USSR in the 80 km South-East of the town of Dzhezkazgan in Kazakhstan.

According to the results of the flight station “Luna-16” the international aeronautical Federation (FAI) registered the first-priority scientific and technical achievements of the station: back to the Earth after landing on the moon, delivery to the moon space rocket “Moon — Earth” with the return apparatus and the automatic start from the moon and the delivery of lunar soil to Earth.

According to information on the website of the auction, a few grains of lunar soil received the gift of Nina the Queen, the second wife of the designer Sergei Korolev, as a recognition of her husband in the space program.

They have appeared at auction in the well — known collector, who bought them in 1993, I decided to put my purchase at the auction.

However, with the version that the stones belonged to the widow Queen, do not agree to the Moscow Memorial Museum of cosmonautics.

“This is a terrible mistake! Nina never things associated with her husband, not sold, — told “Komsomolskaya Pravda” senior researcher of the Museum Viktor Taran. — Americans are all mixed up. In fact, the story was that the owner of the soil in our country was the Institute of Geochemistry and analytical chemistry named after Vernadsky. Immediately after returning to Earth, “moon-16” these three grains was presented to Maria Nikolaevna Badaninoy. This mother of Sergei Pavlovich Korolev. The lunar soil was kept from her, and then passed to Natalia — the Queen’s daughter from his first marriage, which in 1993 exposed the rarity up for auction. This is private property and she was entitled to dispose of it at own discretion”.

Also, according to Tara, Nina the Queen very angry, when in 1993 in the auction catalogue there were the words that the soil belonged to her — she was very respectful of the memory of her husband and all, until the last note was transferred to the Museum funds.

In 1993, says Taran, she appealed to the leadership of Sotheby’s, and the Director of the auction, acknowledged the mistake, sent her a letter apologizing for the fact that they introduced the public astray. The original letter is kept in the Museum funds.

Earlier in the Sotheby’s auction was sold for a record $1.8 million was another “moon” a lot — bag of Neil Armstrong with particles in the lunar dust.

The sum of $1,812 million posted for the bag, was the biggest prize in the history made for any artifact of the American space program.