Kuznetsova commented on reports about the services on “female circumcision”

KAZAN, 30 Nov — RIA Novosti. The procedure is the so-called “female circumcision” is a purely medical issue, decision-making, which remains with the doctors, said the Ombudsman under the RF President on the rights of the child Anna Kuznetsova on Friday. 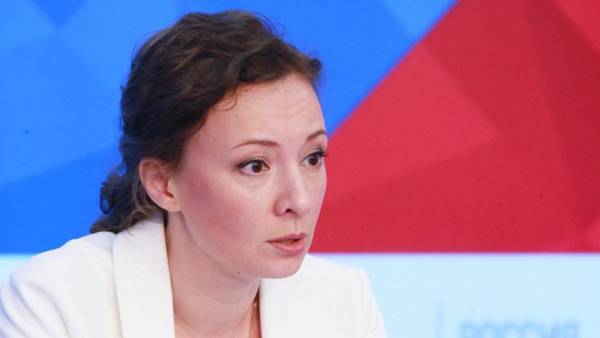 The media had earlier reported that one of the Moscow clinics offered the service of “female circumcision” surgery for girls that are doing “for religious or ritual reasons” that caused a wide public resonance. Later at the clinic, it was reported that the service klitorektomii was not offered and was not available to persons under 18 years of age and entered in the list of services provided “in connection with requests from patients with a referral from a doctor to supply it”.

The question is very medical. Therefore, if health care suggests that it is harmful, do not. This is a question for the doctors.Anna Kuznecovandrej under the RF President on the rights of the child

“Anything that is harmful to children”, — she said.

Earlier, the Commissioner for human rights in Russia Tatyana Moskalkova has told RIA Novosti that he had not received complaints about carrying out in Moscow the clinic of clitorectomy. The public chamber of the Russian Federation sent an appeal to the Prosecutor General with a request to check the information about the provision of clinics in Moscow the procedure of “female circumcision”, and to the Ministry of health of the Russian Federation and Roszdravnadzor — demanding to revoke the license of the medical institution, if it is a similar procedure.

Read also: Russia has decided to punish the clinic for female circumcision