Ukraine unilaterally stopped the action 48 international treaties with Russia. About it on air of TV channel 1+1 said the Minister of foreign Affairs of Ukraine Pavlo Klimkin. Soon Kiev is preparing a gap of 40 contracts. 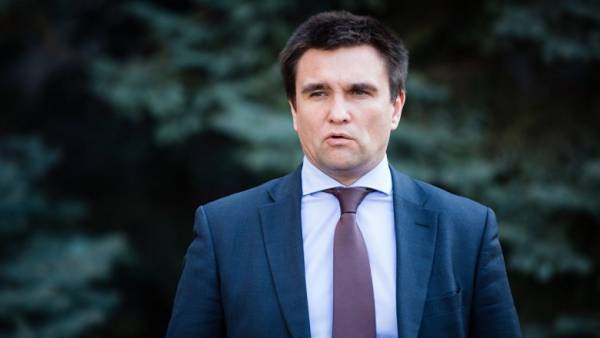 “We recently “killed” 48 bilateral treaties… the Next batch will be very soon, about 40 contracts. We thoroughly review our contractual base,” he was quoted by TSN.

Very Klimkin advocated the severance of diplomatic relations with Russia. “I personally and emotionally believe that we don’t need diplomatic relations with Russia. I even negotiated with some countries on the possibility of our representation, but they clearly said that considering the scale, we can only be formal mailbox”, — quotes the statement of the Ukrainian Minister in the same talk show “Interfax”.

A new round of deterioration in relations between Moscow and Kiev due to the detention of three Ukrainian Russian ships in the Kerch Strait on November 25. The Ukrainian ships, which at the request of the FSB illegally crossed the Russian border, were detained 24 members of their crews arrested for two months.

The conflict between Russia and Ukraine in the Kerch проливе15:39 (GMT)Arrested Ukrainian sailors were taken to the SIZO “Lefortovo” in Москве15:08 (MSK)In Ukraine called exceptional cases, which will allow the entry of men from РФ14:20 (GMT)she urged US to understand their role in the situation in Ukraine