We believe that the meeting of Putin and trump place, said Sands

MOSCOW, November 28 — RIA Novosti. The meeting of Russian President Vladimir Putin and U.S. President Donald trump on the G20 agreed and is still being prepared, no information about the cancellation of the meeting on the American side there, so in the Kremlin believe that it will take place, reported the press Secretary of the Russian President, Dmitry Peskov. 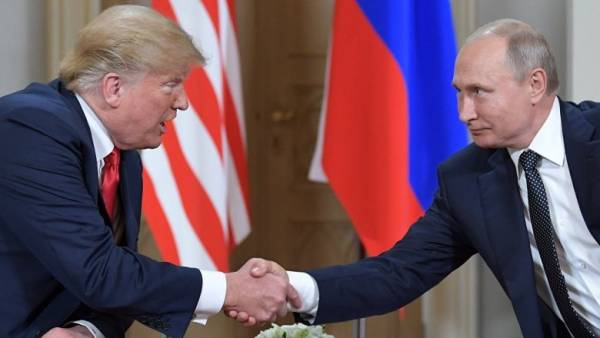 Previously, Donald trump said in an interview with the Washington Post that he might cancel his planned meeting with Russian leader Vladimir Putin at the G20 summit in Argentina because of the incident in the Kerch Strait, during which Ukrainian ships violated the border of Russia and was arrested.

Training continues, the meeting agreed. Any other information from the American counterparts we do not have.

Earlier, the press Secretary of the White house Sarah Sanders reported that trump will hold bilateral talks with Putin at the G20 summit in Argentina.Dmitry Pescovitz Secretary of the President of the Russian Federation

On Monday, the press Secretary of the President Dmitry Peskov reported that the date of the meeting of Putin and trump on the G20 is still being worked out, but confirmed plans for its implementation. The G20 will be held in Argentina from 30 November to 1 December.

On Sunday, three ships of naval forces of Ukraine “Berdyansk”, “Nikopol” and “Yana Kapu” — violated the state border of Russia, included in the temporarily closed waters of the territorial sea of the Russian Federation and moved from the Black sea to Kerch Strait. They maneuvered in a dangerous manner, did not obey the lawful demands of the Russian authorities and was arrested. Three sailors were injured, however, as stated by Russian Ombudsman Tatyana Moskalkova, threats to their life there. The Commissioner for human rights in Crimea Lyudmila Lubina noted that the crews will be under the court, which will choose a measure of restraint.

Earlier, Russian foreign Minister Sergei Lavrov called the situation in the Kerch Strait unambiguous provocation, according to him, Kiev has violated key provisions of international law. He noted that the actions of the Ukrainian Navy was a very dangerous and pose a threat to vessel traffic. Commenting on the possible introduction of martial law in Ukraine, he said that Kiev is trying to “steer” of a situation that is perceived by the population increasingly negative.

The Russian side during the incident in the Kerch Strait has acted in accordance with international and domestic law, it was a reaction to the invasion in the territorial waters of Russia foreign warships, said in turn the Sands.