MOSCOW, November 28. /TASS/. Russian President Vladimir Putin signed Wednesday a decree on the assignment of names of outstanding figures of individual geographical objects, including airports, sea ports and train stations, with the aim of perpetuating the memory. The document is published on the official Internet portal of legal information. 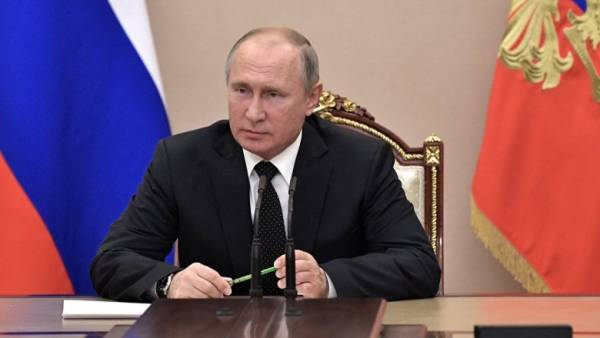 “To establish that certain geographical features (airports, railway stations, sea and river ports) can be assigned the names of prominent government, military and public figures, representatives of science, art, culture, sports, and other persons who have special merits before the Fatherland (hereinafter — the names of prominent scientists),” — said in the document.

The purpose is to perpetuate the memory of prominent statesmen, military and public figures, representatives of science, art, culture, sports, and other persons who have special merits before Fatherland.

It is determined that the assignment of geographical features names of prominent scientists by the President of Russia by the government.

It is noted that the proposal of assigning names to the government to make the Public chamber by results of public discussion.